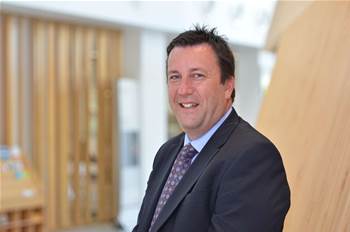 IT technicians required across Australia for ambitious body of work.

IBM and Lockheed Martin Australia will know the fate of their bids for the Department of Defence’s massive centralised processing project within weeks.

Craig Magee, head of infrastructure transformation at Defence, said the department would be in position reduce the field of bidders from two to one next month and receive government assent to appoint the winner by July.

Until last September, when Hewlett-Packard Australia was eliminated from the tender process, it had been a three-horse race.

“In the second half of this year we expect to down select our preferred service provider, whether that be LMA or IBM,” Magee said.

The project, which will see Defence rationalise its data centres and server sites from 280 sites down into just 11 by June 2016, is part of a broader effort to save the military agency $20 billion over 10 years.

Magee and Defence CIO Peter Lawrence have introduced renewed IT service management discipline at the department to manage the dependencies between these ambitious bodies of work.

Defence has already delivered Telstra its largest ever supplier contract – a $1.2bn terrestrial and mobile communications overhaul that will make it pivotal to defence operations.

Telstra’s contract windfall prompted a vigorous advertising campaign by the telco to attract skills to meet the contract.

Asked whether there was sufficient skills in Australia’s labour market to meet defence’s centralised processing needs, Magee conceded it would be a difficult to assemble a workforce with the security clearance adequate to work on Defence projects.

“Getting the right amount of people certified that we need is going to be a real challenge,” he said.

He said LMA and IBM would have to draw on labour pools in Melbourne and Sydney, as Canberra’s local pool of IT professionals would not be large enough to meet Defence’s needs.

Magee ruled out the possibility of carving the contract between LMA and IBM.

“The plan is absolutely as per intended… the plan is to down select one provider by April,” he said.

Magee also revealed an important milestone in Defence’s long-running next generation desktop project – which will eventually see over 100,000 users switch to a Windows 7-based thin client solution.

“NGD is real as of this week," Magee said. "We have real users moving onto it this week. We’ve now got around a couple of thousand users running in that environment."