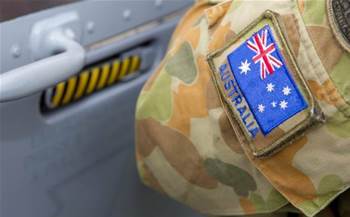 The Department of Defence’s protected-level internal network has been hit by a major outage resulting from upgrades to its underlying IT infrastructure.

Reports of the problems affecting the Defence Protected Network emerged on Thursday morning, resulting in frustrations for staff using the secure network.

The network, which supports in excess of 75,000 users across the department, is used for information deemed sensitive enough to damage the national interest.

The ABC has reported the problems, which have been experienced for several days, are resulting in staff to be sent home early.

Defence confirmed the problems to iTnews, saying there had been “some disruptions to the network, which have affected email and document management applications”.

However the spokesperson declined to comment on the nature of the problems or when the issues first began.

“The complexity and scale of this work has resulted in unplanned service disruptions within the Defence Network.

“The chief information officer is overseeing these upgrades and is working to minimise the impact on Defence users.”

Remediation work on standalone networks is one of several key projects being undertaken by the chief information officer group to upgrade Defence’s IT environment.

Defence is also continuing to roll out its unified communications capability under its long running fixed telecommunications network replacement project, which is expected to be finished later this year.

However, the spokesperson said the disruptions were unrelated to the unified comms capability.