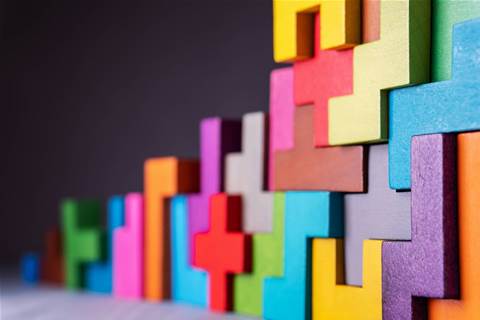 As part of new continuous IT work program.

The Department of Defence is set to embark on fewer “concurrent complex, disruptive and expensive” IT transformations and rely more heavily on smaller, iterative IT capabilities in a shake-up of its investment planning processes.

As a review of its decade-old IT operating model continues, the department has revealed plans to introduce a “rolling forward work program” to ensure its systems remain up-to-date and secure.

It will see to it that the full gamut of existing Defence IT capabilities are maintained, including by ensuring systems and applications are continuously updated and patched.

The program will also be charged with extending “life-of-type” and remediating obsolescence across Defence’s IT estate, as well as upgrading capability and capacity more broadly across the department.

A spokesperson said this would involve “plan[ning] for the replacement of infrastructure and software and introduc[ing] it into service within a shortened time frame to keep pace with technology”.

Defence hopes that this will ensure that its Single Information Environment (SIE), as well as the thousands of servers and applications across the organisation, are “continuously modern and secure”.

As well as reduced lead times, the continuous work program is also expected to “allow for the delivery of smaller, iterative ICT capabilities that provide value to Defence quicker and more regularly”, the spokesperson said.

This will ultimately reduce “the need for major concurrent technology transformations across the enterprise which are highly complex, disruptive and expensive”, which Defence has experienced its fair share of over the past decade.

Just in the past three years it has completed a number of significant transformation programs, including its mammoth $1.6 billion data centre consolidation and its long-running next generation desktop project.

The changes to be introduced with the new program come as McKinsey continues to review Defence’s IT operating model, which was introduced in 2009 by then chief information officer Greg Farr.

While the review was meant to be completed by the end of April under the original $1.1 million deal, Defence handed the strategic consulting firm another $3.6 million last month to extend its work out until early November.

The department told iTnews in February that the review was “aimed at determining whether that model remains sufficiently agile and responsive in the contemporary environment”.

“The review is responding to changes to the Defence operating environment over the past decade, including the rate of technology change, and increasing demand and consumption of technology,” it said at the time.

Earlier this month, Defence revealed that government spending on IT and cyber security capabilities at the department is expected to climb to more than $20 billion over the coming decade.

By comparison, the 2016 white paper allocated around $15 billion from its $195 billion investment into an intelligence, surveillance, electronic warfare, reconnaissance and space and cyber stream.

The strategy indicates Defence will increasingly look to next generation secure wireless, AI and augmented analytics over the next five years, and robotics, blockchain and quantum computing over the next six to 10 years.