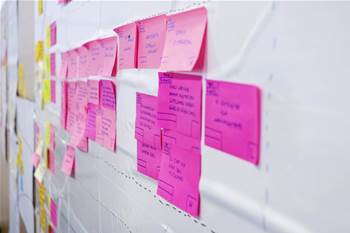 Wants to know if it is "sufficiently agile".

The Department of Defence is reassessing its IT operating model more than a decade after it was introduced, as it looks to further leverage agile delivery methods and contemporary technologies.

The department’s chief information officer group recently called in strategy consulting firm McKinsey to review the model at the cost of $1.1 million.

The 12-week review will be used to determine whether the model has remained current since it was introduced in 2009 under the stewardship of former chief information officer Greg Farr.

At that time, the department had just released its 2009 IT strategy, with the aim of delivering $1.9 billion in IT savings over the decade by consolidating data centres and its IT environment.

The operating model sought to establish an integrated architecture through the “connection and integration of Defence’s various operating models and business domains and ICT alignment”.

But ten years on and the department has now completed a number of significant project that it set out to complete such as its mammoth $1.6 billion data centre consolidation and next generation desktop project.

Other projects like the $1.6 billion terrestrial communications project with Telstra, however, have become a thorn in Defence’s side, having recently fallen further behind schedule.

A Defence spokesperson told iTnews that the IT operating model review was “aimed at determining whether that model remains sufficiently agile and responsive in the contemporary environment”.

The work appears unrelated to the proposed shake-up of the federal government’s IT funding model, which the Digital Transformation Agency is exploring with the help of Finance and Defence.

“The review is responding to changes to the Defence operating environment over the past decade, including the rate of technology change, and increasing demand and consumption of technology,” the spokesperson said.

Defence engaged McKinsey for the review using an open approach to market through the digital marketplace.

The review, which will be wrapped by the end of April, comes as Defence prepares to develop a new IT strategy to replace its current 2016-2020 IT strategy.