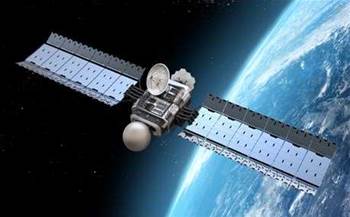 To replace obsolete terminals for WGS.

Australia's Defence Science and Technology Group is preparing for a major upgrade of the satellite communication ground station facility at its laboratories in Edinburgh, South Australia.

According to tender documents, the existing base station at DST Groups' Edinburgh facility had until now been operating under a waiver allowing it to access the US-operated wideband global satellite communication (WGS) constellation.

But the waiver period has now expired and, because the antennas are obsolete, they are neither permitted to transmit to WGS satellites or be certified for future use.

DST Group is looking to purchase at least one military X- and Ka-band satellite terminal, with the option to buy a second unit based on a value-for-money assessment.

WGS is the US Department of Defense’s highest capacity satellite network and allows high-speed communications access to ships, aircraft and battlefield soldiers around the world.

The constellation includes the capacity to ‘cross band’ between the military X-band and Ka-band frequencies, and operate at speeds in excess of 2.4Gbps.

The DST Group’s Edinburgh facility is required to be reconfigured quickly to support “unusual, urgent and unforeseen requirements” in a manner that is not possible at its other base stations.

Because of this, the terminals need to be able to be repositioned to point at satellites above 10 degrees elevation at any position within the visible geostationary arc, and within 30 minutes.

They also must be able to operate at least two satellites in the military Ka-band or X-band simultaneously, with a coax cable or fibre link installed back to a building on-site.

Aside from the physical hardware, the successful vendor will be required to provide a management and control API allowing the antenna to be repointed using a remote interface, as well as training and installation.

The DST Group has not provided an indication of the expected cost in the documents.

A further briefing about the tender process will be provided to prospective bidders on April 14, ahead of a closing date of May 12.

The evaluation process will run until June 9, with further contract negotiations in early July and a deal expected to be finalised on August 8.

Australia bought its way into the US-led WGS partnership through a 2007 memorandum of understanding that saw it fund the sixth satellite in the fleet at a cost of more than $900 million.

In addition to the US and Australia, a number of US allies including Canada, Denmark, Luxembourg, the Netherlands and New Zealand are all users of the network.