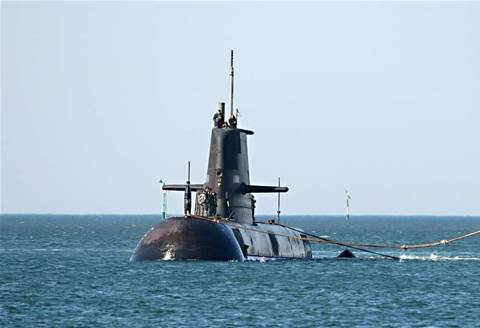 It can now be revealed that those simulations will form the basis of scientific and technological studies — and therefore advice to the Government — for the Future Submarines Project, codenamed SEA 1000.

The project, which could cost the Government up to $40 billion according to some estimates, is frequently billed as Australia's "largest ever single defence project".

The Government committed $214 million to the project's "design and studies phase" in May last year.

Technology and scientific studies — which have been assigned to the DSTO — are expected to cover propulsion, energy storage, stealth performance and hydrodynamics, among other areas.

"These studies will assist with the development of requirements and provide technical advice to Government aimed at reducing risk in critical areas for the project," a Defence spokesperson said.

"The computer system will enable numerically intensive computational fluid dynamics (CFD) modelling required to assist in the understanding of the manoeuvring and signature performance of existing and potential submarine designs.

"The computer system will be used to solve equations representing the time dependent fluid flow around a submarine, its propeller, and associated appendages."

The Defence spokesperson told iTnews that the simulations are capable of being performed "in the order of days rather than ... months" using the new supercomputer compared to existing DSTO computing facilities.

The new submarines are expected to have "greater range, longer patrol endurance and increased capability" over the Collins Class, according to Defence.

The Collins Class submarines have been dogged by maintenance problems that have kept many out of action for long periods of time.

An independent report into the Collins Class submarines handed down late last year found maintenance issues going back as far as the launch of the boats in 1996.

According to The Age, the report also found that availability of the fleet was well below international benchmarks.