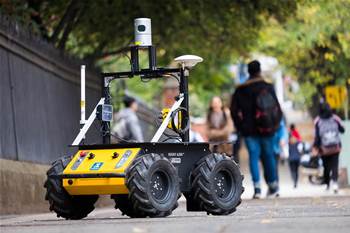 Four Australian universities working with US counterparts have received a funding boost from the federal government to develop autonomous vehicles with strategic defence capabilities.

A team of electrical and biomedical engineers, led by Melbourne Uni’s Professor Girish Nair, are set to develop and explore the use of biologically-inspired technologies that mimic animals’ and humans’ ability to navigate diverse terrain without GPS or external instruction.

Project partner MIT is no stranger to biomimicry in robotics, with its spin-off company Boston Dynamics having shown off unnervingly agile and determined robot dogs and wildcats.

“To help deliver this next generation technology, our team will build on state-of-the-art techniques in automatic control, neuro-engineering, robotics and signal processing,” Nair said.

“We look forward to bringing a suite of new biomedical and engineering insights into the principles of navigation, spatial awareness and perception in animals and machines.”

The funding was announced by Defence Industry Minister Melissa Price as part of $25 million AUSMURI fund - an Australian iteration of the US Multidisciplinary University Research Initiative (MURI).

Price said autonomous vehicle research is a key priority for Defence as a means of increasing operational safety and efficiency.

“Autonomous vehicles help keep troops a safe distance from harm and present solutions to a range of problems faced by our military personnel in the field,” she said.

“This project is aimed at developing a truly autonomous vehicle capable of learning, adapting to unexpected situations and pursuing complex goals in dynamic and challenging environments.

“It is a tremendous opportunity for our scientists to collaborate with their counterparts in the United States on research that is vital for the future defence and security of Australia.”