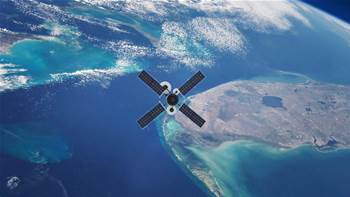 The Department of Defence has extended its satellite services contract with Inmarsat to provide military personnel with command, control and situational awareness communications for another seven years.

The new $221 million deal will see the mobile satellite comms provider deliver satellite communications airtime services and managed hardware to the Australian Defence Force until the end of December 2027.

It brings the total value of the satellite services contract, first signed in 2017 at a cost of $67 million, to $331 million over 10 years, including options for three extensions of two years each.

Since securing the initial contract, Inmarsat said the contract had "evolved" into a fully managed service covering hardware, software, support, training and leasing.

Inmarsat has also recently delivered a management software package, known as the operational monitoring and control system (OMCS), to control satellite use and monitoring directly.

“With its successful implementation, OMCS is now entering the sustainment and enhancement term of the contract through to 2027,” it said.

“This system serves as a sovereign virtual satellite operations centre, allowing the ADF to independently allocate resources, track usage and implement operational changes in real-time through the bespoke OMCS dashboard.

“This enables the ADF to control its satellite service use directly, without the requirement to work changes or issues through Inmarsat, which maximises operational outcomes as well as cost efficiencies.”

“This partnership has increased our capability to support wide-ranging ADF operations and provide greatly improved quality of life services for our deployed people,” he said in a statement.

Inmarsat global government president Todd McDonell said the company would continue to support the ADF across the Army, Navy and Air Force at “any latitude, longitude and altitude”.

“The Australian Defence Force is known the world over for its capability, reliability and the ability to get the job done regardless of the challenges encountered,” he said.

“Inmarsat has always been and continues to be committed to the same high quality standards to which the ADF holds itself.”