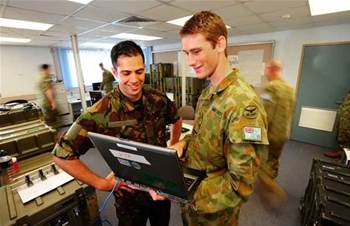 The Department of Defence is extending an outsourcing arrangement with Fujitsu that supports its desktop environment.

The outsourcer said today it had negotiated the extension to June 2014. It's existing three-year contract would have expired in July this year.

The extension is worth about $40 million and covers the provision of over 450 staff to Defence for a variety of works around "IT service desk; server and desktop operations; network watch function; email and groupware operations; applications and ITSM tool support and process functions; project office functions; and (Navy ICT) specific services".

However, Fujitsu's future role with Defence beyond the extension isn't assured, according to a report by the Australian Financial Review.

The newspaper quoted a Defence spokesperson saying that Defence would "reorganise" the contract and re-tender it later this year.

Fujitsu was granted the extension "to keep things going while the new tenders [are] drawn up", the paper stated.

In other news, Fujitsu Australia said it had achieved a third consecutive year of financial growth, though it did not provide any figures.

The company said its cloud platform, which has nodes in data centres on both coasts continued to perform strongly.