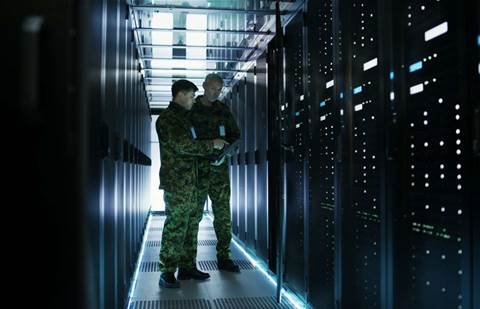 The Department of Defence has delayed its exit from Global Switch’s Sydney-based data centre by up to five years after plans to move all of its data from the facility fell short last year.

The department extended its relationship with the Chinese-owned facility under a $53.5 million deal last October, despite previously flagging its intention to leave.

Defence had planned to shift all of its data back into a government-owned data centre at the end of its 10-year lease agreement Global Switch in September 2020, as revealed by the ABC.

The move was slated to cost up to $200 million when planning began almost more than three years ago.

But the new property lease gives Defence access to Global Switch’s Ultimo facility until September 2025, which is at odds with other federal government agencies' movements in recent months.

The Australian Taxation Office and, more recently, the Australian Securities and Investments Commission, have either moved – or are in the process of moving – out of Global Switch by 2022.

Defence has also extended a separate property lease with Global Switch until September 2025 under an existing deal at a cost of $8 million.

A spokesperson told iTnews “the size of the Defence holdings made it impractical to migrate all the holdings from the data centre prior to the expiry of the Defence lease in September 2020”.

The department did, however, migrate some of its data holdings to an undisclosed “alternative data centre”.

“This was completed in mid-2020,” the spokesperson said, adding that “Defence has developed a plan to migrate its remaining holdings cover the next three to five years, as supported by government”.

Asked whether sensitive data was stored the data centre, Defence said it still “has data holdings at GSU [Global Switch Ultimo]”, adding that the facility is subject to Foreign Investment Review Board controls.

Upon completion of the Global Switch migration, the department will “vacate the facility”, leading to a further concentration of the government data centre outsourcing space.

Last month, the Australian Strategic Policy Institute found that over half of all current federal government contracts were with one data centre provider, widely understood to by CDC.

Some of these agencies include Services Australia, Home Affairs, Foreign Affairs and Trade, Finance, CSIRO and the Australian Electoral Commission.