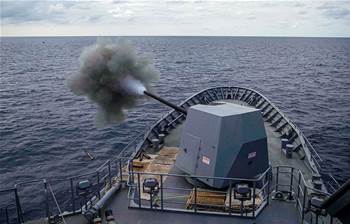 Lindsay Morgan heads back into industry.

Defence is to lose its chief information security officer Lindsay Morgan to an undisclosed “industry sector” role in Canberra.

Morgan announced his intended departure in a LinkedIn post on Monday after a decade spent in various cyber security and technology roles at Defence.

He had been in the CISO role since June last year.

His prior roles at the department include director of cybersecurity operations as well as in security assurance and vulnerability management.

“It is with a very heavy heart that I have made the decision to leave the Department of Defence after 10 years,” Morgan wrote.

“In that time I have been privileged to have held a number of roles across the cybersecurity domain, most recently culminating in the Defence CISO role.

“I would like to think that I have left my mark and that the world class capability that has been built and delivered in that time will endure under new leadership.

“I am moving off into a new role, back in the industry sector, one which I am sure will present just as many challenges.”

A Defence spokesperson told iTnews it had engaged a recruitment company "to conduct a global search" for a replacement.

"Should the successful candidate not be in place prior to departure of the present incumbent, a person from within the business area will be selected to act in the role in the interim," the spokesperson said.