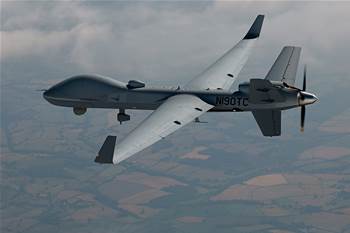 The Department of Defence has scrapped its $1.3 billion SkyGuardian armed drone program to partially fund the expansion of Australia’s offensive and defensive cyber security capabilities over the coming decade.

Officers revealed the decision during a senate estimates hearing on Friday, with the remaining funding to now be used for the resilience, effects, defence, space, intelligence, cyber and enablers (REDSPICE) project.

REDSPICE was provided with $9.9 billion in this week’s budget to double the size of the Australian Signals Directorate, which will see 1900 staff join the agency over the next decade in light of the changing geopolitical landscape.

Of the $4.2 billion to be provided over the next four years, around $588.7 million is new funding, with the remainder to be offset from Defence’s integrated investment program, according to budget documents.

In response to questioning from Labor senator Penny Wong, assistant secretary Matt Yannopoulos told the committee SkyGuardian was cancelled “by government as part of the decision for REDSPICE”, though would not say when the decision was taken.

Second pass approval for the “persistent airborne intelligence, surveillance, reconnaissance, electronic warfare and precision strike capability for the land and littoral environments” had been planned for this year.

Chief finance officer Steven Groves confirmed to the committee that around $10 million had been spent on SkyGuardian by the time it was cancelled to make way for the REDSPICE package in the federal budget.

In addition to the remaining SkyGuardian funding, Yannopoulos said REDSPICE had been provisioned against unapproved and approved funding for the attack class future submarine program, known as SEA 1000.

SEA 1000 was cancelled last year to allow Australia to acquire nuclear-powered submarines from the United States and United Kingdom as part of the AUKUS trilateral security pact.

“At the moment, we have it provisioned against unapproved and approved submarine money... within the forward estimates period,” Yannopoulos said of the funding that amounts to approximately $10bn.

Other existing funding from Defence projects “incorporated” into REDSPICE includes $236 million from an unnamed Defence IT remediation project, as well as “some offsets from within some ASD projects”.