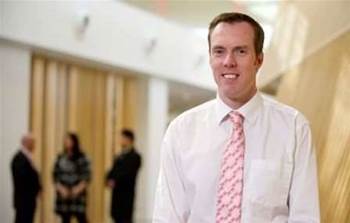 The Department of Defence will seek federal funding for its 90,000-seat thin client roll-out in coming months, after deeming a three-month pilot of Thales technology successful.

The trial commenced in April with a cost of $6.2 million. It saw some 550 users receive so-called Next Generation Desktops, based on Thales’ Raytheon Trusted Thin Client software and virtualised application packages.

He expected the business case to be presented to government in the “next couple of months”, with implementation kicking off by early 2013 and concluding in mid-2014.

The Next Generation Desktop project came from a 2009 ICT strategy report that identified a need to improve how Defence personnel accessed ‘restricted’ and ‘secret’ networks.

McCabe acknowledged that the project had taken longer than expected because of a lengthy tendering process.

The three-month pilot also began slightly later than the department’s original March target, due to unexpected challenges in running a number of applications on Windows 7 instead of Windows XP.

About ten percent of Defence’s 50 pilot applications needed to be reconfigured to run in the Next Generation Desktop environment, including an SAP finance system.

In addition, trial participants called for more training in the use of Windows 7 and Microsoft Office 2010, prompting Defence to introduce more help desk staff and develop lists of “handy hints”.

McCabe indicated that the department had recruited four Next Generation Desktop specialists to its 150-person service desk, and had access to an additional five Thales support staff.

“We have had to put a number of additional resources in our service desk,” he told iTnews, forecasting a greater demand for IT support while Defence ran both existing and Next Generation Desktop environments.

The department planned to provide online and face-to-face training to users “several weeks prior to [Next Generation Desktop] delivery”.

Defence will seek to procure Microsoft and Citrix licences, new servers for its data centre, as well as Thales services for the Next Generation Desktop project.

End-user hardware – such as desktop and laptop devices – will be refreshed or replaced via whole-of-government procurement panels and in accordance with Defence’s four-year desktop refresh cycle.

McCabe declined to comment on how much the full Next Generation Desktop roll-out would cost.