Deep dive: Inside Elders' IT transformation 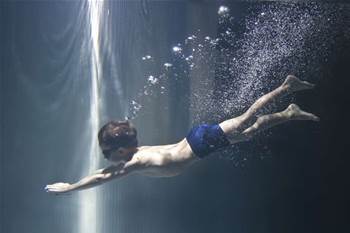 Rural services firm Elders has kicked off the first phase of a major IT restructure under its four-year Connect business transformation project.

Elders Australia's chief information officer Shaun Hughes told iTnews that the Connect program was about bringing a client-centric focus to the organisation.

The key planks of Connect focus on improving the company's sales performance, supply chain, capital management and developing an IT platform to underpin all activities. Hughes is charged with delivering that fourth plank.

Elders Australia took another step towards achieving that end-game by revealing a seven-year IT infrastructure and application services outsourcing agreement with HP this week.

The contract was signed in March and HP started servicing Elders in July.

"Things are going well. I'm very comfortable with where we are."

HP is not the only IT firm to pick up work for the technology portion of Connect. Accenture picked up two pieces of work around business process "roadmapping" and systems implementation; SAP took the core software piece and Telstra is providing carriage services to Elders' network of points-of-presence in rural and regional Australia.

The IT portion of Connect is divided into six releases. The first release, scheduled to go live in March next year, is a "head office foundation piece [that covers SAP] financials, core HR and indirect procurement".

The other releases are:

Release six in particular "takes us to a higher level of advanced functionality", Hughes said.

Significantly, the SAP environment is being stood up in a private cloud environment operated from HP's Sydney data centre.

"We'll be running our SAP environment from an x86 architecture cloud," Hughes said.

"As we provision each release, we'll provision that out of the HP cloud in Sydney."

Hughes said the cloud agreement operated on a utility pricing model and provided flexibility to scale infrastructure depending on requirements.

"That was really important for us because what we're effectively trying to do is only pay for what we need as we stand [up] each release," Hughes said.

"Given that we've got a large number of quite complex development and test environments, because of the size of this program, we needed to be able to scale up each of those environments and then effectively scale them back down again when we didn't need them."

Over time, the HP cloud is expected to run a number of legacy applications that are currently hosted in Elders' own data centre at Adelaide headquarters.

Under the outsourcing arrangement, HP will manage Elders' legacy iSeries environment "in situ... under [which] we sunset or retire that existing infrastructure".

iSeries is an IBM mid-range computer system. Applications that are transitioned to the HP cloud will run on a BladeSystem architecture and HP storage.

"We effectively run iSeries apps internally and we run a series of Wintel servers as well running a number of bespoke apps," Hughes said.

"As those servers come up for refresh, we'll effectively move those into the cloud as well.

"The end state for us is that we retire the existing data centre once we've got to the end of the implementation. That will take us four years."

Read on to page two for Elders' software strategy under Connect.