Dear CFO: Ignoring IT during mergers is dangerous 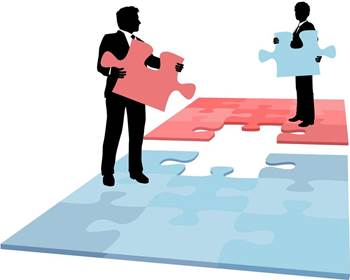 Comment: Why the CIO is crucial to hitting joint financial goals.

Driven by industry consolidation and huge stockpiles of cash held by large companies, mergers and acquisitions (M&A) saw an upturn in 2010 that has continued into 2011.

The potential benefits of a merger or acquisition are huge: rapid expansion into new markets, customers or geographies; revenue and cost synergies; and leverage across existing customer bases.

However, M&A activities are also extremely complex and fraught with cultural, technical and business process challenges.

Too often, forecasts of cost savings from mergers and acquisitions are driven by financial formulas and do not include a review and assessment of the two IT environments.

There are many examples of M&As that make sense "on paper" but never achieve the financial goals of the integrated enterprise.

There are two main measures of the financial success of an acquisition. The first is determining a favorable purchase price based on sound strategic reasoning and evaluation. The second is the successful integration of the entities to gain the expected synergies and savings.

Ultimately, CFOs are responsible for projecting when an acquisition will become accretive, but CIOs can help CFOs realistically set and achieve the financial goals for cost savings and synergies.

A 2007 Accenture report showed that most synergies (70 to 75 percent) are achieved in the first year after the acquisition.

Involving the CIO early in the process allows the identification of IT synergies that can be exploited early in the integration process.

For example, developing a software licensing strategy can save millions in software license cost (new licenses, transfer costs, maintenance fees, and contract violation fees or fines), but the CIO needs to be involved early in order to work with vendors to renegotiate contract terms.

Those who are most successful in M&A are those who bring acquired businesses quickly and effectively onto a common platform of fundamental business processes and information systems.

Without adequate planning and execution that combine or integrate, processes and system costs can easily spiral out of control, negating the potential savings.

IT is a major factor in M&A success from due diligence through long-term execution. CFOs who fail to involve IT early enough and deeply enough will likely find their acquisitions among the 70 to 90 percent that are considered failures.

Many companies put M&A success at risk by involving the CIO too late in the acquisition process.

These companies often wind up wrestling with unexpected contract and compliance problems when attempting to integrate or eliminate redundant systems, applications and infrastructure.

IT helps enterprises realise these opportunities by allowing the organization to continue doing business effectively while the integration is progressing. IT does this by quickly integrating email, phone and other essential systems to allow the entities to communicate and collaborate from Day 1, and by enabling the enterprise to continue to use the essential systems and processes.

Mergers and acquisitions are likely to grow in 2011 and beyond. The value that can be gained from M&A efforts is significant, but the risk of failure is even higher.

CFOs should engage the CIO early in the M&A process to help estimate the impact of IT systems and staff redundancies and to establish an integration PMO that can effectively manage a successful integration process.

Dave Aron is a vice president and Gartner Fellow in the CIO Research group, focusing on IT leadership issues. He will speak at Gartner Symposium on the Gold Coast, 14-17 November 2011.