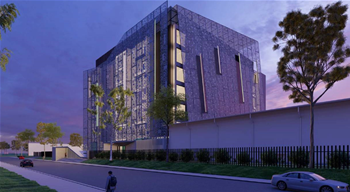 On same site as existing facility.

Data centre operator DCI has secured development approval for a new $400 million facility on the same site as its existing data centre at Eastern Creek in Sydney’s west.

DCI said Monday that Blacktown City Council had approved plans for the new 36-megawatt data centre, which will be called SYD02.

The company already has an 11-megawatt facility called SYD01 at the same site. It also has a separate data centre in Adelaide.

DCI said that SYD02 would be ready to host equipment from the fourth quarter of 2022, will use “new cooling technologies” and have floor space capable of “higher average power densities”.

The company is hoping to secure a mix of “hyperscale cloud, content and managed service providers” as tenants.

“The team is delighted to have secured this approval which will be a crucial part of our three-stage strategy for this key site,” DCI CEO Malcolm Roe said in a statement.

DCI - a fully owned portfolio company of Brookfield Asset Management - has further ambitions to expand its centres beyond Australia and into parts of Asia.