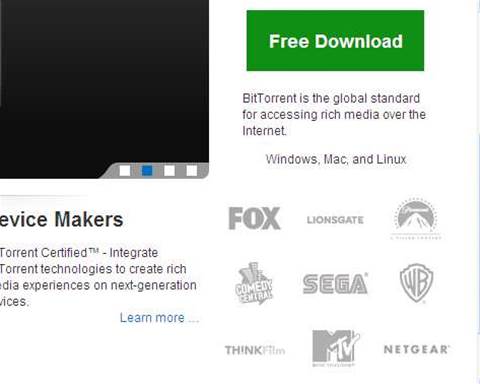 iiNet accused of taking case "outside of the real issues".

In an explosive beginning to day four of the copyright case, general counsel for the film industry Tony Bannon alleged the suggested links were "an excellent example of iiNet's intent to focus not on legally relevant and factually indisputable matters but to focus on the legally irrelevant."

"The suggestion on those topics yesterday reflected a position by iiNet to this court that my clients positively encourage the very copyright infringing conduct with which we complain," Bannon alleged.

Bannon responded directly to allegations made by iiNet general counsel Richard Cobden regarding alleged links between several applicants in the case and BitTorrent.com.

He said the conduct of the applicant copyright owners was "legally irrelevant" to the case.

"The true position is firstly that the BitTorrent contracts were terminated last year," Bannon alleged.

"Secondly the terms of those agreements are confidential but what was said yesterday requires me to say that they did include terms requiring BitTorrent to filter out unauthorised copies of the applicant's films."

Bannon alleged that a document included within iiNet's opening bundle - but not described to the court - made the termination of those contracts "apparent".

"iiNet knew" the contracts had been terminated but did not tender that fact to the court or refer to it in statements to journalists, Bannon alleged.

Bannon also labelled "page after page" of documents read out to the court by iiNet's general counsel yesterday as "meaningless" to the case.

The referred documents were alleged to have included "submissions to Canberra" that described "what other ISPs are doing" to address the issue of file sharing and alleged infringement on their networks.

"There is an attempt to take the case outside of the real issues," he alleged.

Bannon also accused iiNet's counsel of engaging in "forensic diversions" and erecting "word fences" through some descriptions made in opening statements.