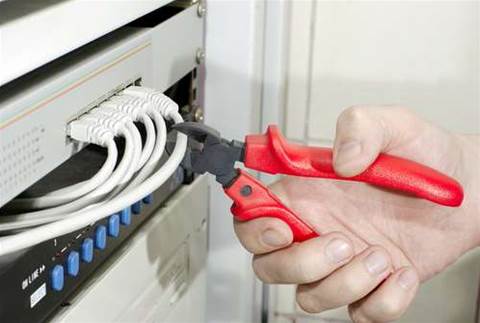 The film industry's solicitor came under sustained pressure from ISP iiNet's senior counsel to admit the number of individual sessions - and therefore infringements - recorded in spreadsheets he prepared were inflated by a technical issue.

Cross-examination of Michael Williams, a partner at law firm Gilbert + Tobin and the film industry's solicitor in the case, by iiNet's senior counsel Richard Lancaster resumed today in the Federal Court in Sydney.

At the heart of the cross-examination was the accuracy of a spreadsheet, prepared by Williams, that attempted to match alleged infringement data from DtecNet's investigation to IP address log files for a sample of 20 iiNet customer accounts.

The data was obtained from iiNet under court order dated 15 June 2009. It allegedly included a column of reasons outlining the reason the 20 users' internet connections were disconnected from a session over the sample period.

Definitions for the various disconnection reasons were allegedly contained in an iiNet "facilitator's guide" included in a bundle of documents mailed to Williams by iiNet's solicitors Herbertgeer in mid-February of this year.

The reasons allegedly included "port error", described by Lancaster SC as "a loss of [internet] connection caused by something other than the user" requesting it.

Lancaster alleged that the records of at least one iiNet customer in the sample of 20 showed that there was "no user [initiated] disconnection" request received over a period of almost a month.

"I can see that as recorded in the ISP log file or log history that during that duration that user is not recorded as having requested a disconnection by clicking [to disconnect]," Williams said under cross-examination.

"As to in what circumstances their connection was lost is not clear to me."

Lancaster put it to Williams that if disconnections were not the result of a specific request by the user, they could be the result of technical errors at the ISP level that were unseen by the user.

These technical disconnections were resolved with an automatic reconnection of the user to the internet by the ISP, resulting in the allocation of a new dynamic IP address from the iiNet range, Lancaster alleged.

But each new dynamic IP address that was allocated allegedly resulted in a separate infringement recorded by the film industry.

Lancaster put it to Williams that it was possible that what was recorded by the film industry as a "series of sessions appeared to the user to be one single session".

"If it's the case in an ordinary ISP that disconnections can happen automatically at the ISP level without the user being aware of it, and that would result in different IP addresses being allocated on each re-connection, and that would explain why in this series of sessions there were multiple IP addresses?" Lancaster alleged.

"If that's the case and this series of sessions reflect in truth only one session from the user's perspective, and with the explanation for different IP addresses and user connections at the ISP level, you'd need to put forward a different number of infringements wouldn't you?" Lancaster pressed, drawing an objection from the film industry's barrister.

Lancaster pressed on: "You appreciate don't you Mr Williams what I'm putting to you about the series of sessions reveals whether or not this is a series of sessions or on the other hand a single connection by the user that was disconnected and reconnected for various technical reasons?"

"I object to the wording of the question," Williams responded.

"I would treat those as a series of sessions each with a different IP address."

Pressed further, Williams said the film industry was "simply attempting to match the best we can" the investigative data supplied by DtecNet to the iiNet sample of accounts.

Today's proceedings related to a section of iiNet's defence that contended the number of infringements outlined by the film industry on day one was overstated.

The case was adjourned until November 2.