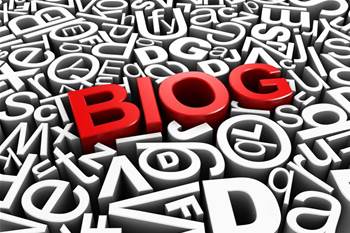 ISP iiNet's chief regulatory officer claims he did not read an Exetel blog post referred to him by a staffer because he did not think it would help iiNet respond to a letter from AFACT, the Federal Court heard today.

Cross-examination of iiNet's second witness - chief regulatory officer Steve Dalby - commenced approximately 90 minutes before the lunch break, in a civil case brought about by representatives of the film industry.

Parkinson was alleged to have been helping Dalby formulate a response to a letter received from the Australian Federation Against Copyright Theft alleging copyright infringements occurring on the iiNet network.

Bannon questioned whether Dalby thought the content of the blog post was "pertinent" to iiNet's own response to the AFACT letter.

Dalby agreed that Parkinson was suggesting to him that "what Exetel had to say about the matter was pertinent" in an email obtained by the film industry in discovery.

"[But] I didn't agree it was pertinent," Dalby said.

Pressed on why he did not read the blog, Dalby indicated he held "John Linton and his business in very low esteem.

"It's unlikely then and now I would read his blog."

"Not withstanding the man charged with assisting you with your response to the AFACT letter had identified the blog as being pertinent?" Bannon asked.

Dalby repeatedly denied to the court that he had read the blog.

"You see, if you'd read that blog you couldn't honestly say to the court that you'd never heard of the concept of peers in relation to BitTorrent could you?" Bannon alleged, referring to a line in the blog post where Exetel's lawyer appeared to make an assumption about how the film industry investigators gathered their evidence.

"It's a hypothetical," Dalby responded. "I didn't read the blog.

Questioned further on the matter, he said: "I don't get my education on these matters from Exetel. I wouldn't ever seek to do so."

A different Exetel blog post was introduced into the case by the film industry on Tuesday as it quizzed the ISP's chief on the alleged difficulty of dealing with "emailed copyright infringement notices".

Dalby's cross-examination continues. You can follow the case in-full here. For a background on the case, click here.