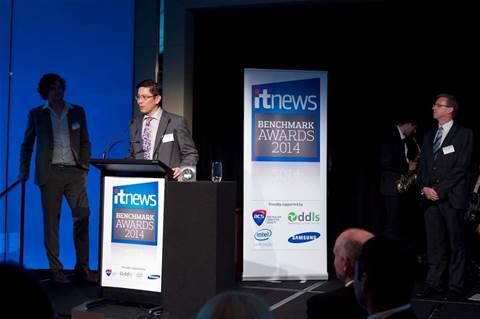 David Gee, CIO of Credit Union Australia, has been selected by iTnews and his peers as Finance CIO of the Year at the iTnews Benchmark Awards.

Gee was awarded the top gong amongst his finance and professional services peers for his work in completing Credit Union Australia’s core banking overhaul.

The new core banking platform, described as the “engine that drives the whole organisation”, has delivered CUA a single view of every customer and promises a faster time to market for new products and services.

"This recognition means a lot to us as we try to move forward and try to use this platform to move ahead," he said.

Gee’s submission came with strong endorsement by the lender’s chief executive and GM of business transformation, who each played an equally vital role not just in endorsing but also in delivering the solution and training staff in its use.

The submission recognised Gee’s technology vision, vendor management and dispute resolution in particular. The project required the business, CUA’s IT team and its offshore supplier to engage in a genuine partnership rather than a customer-partner model.

Gee was the first CIO to be named a finalist two years in a row after an impressive submission for his work in 2012 building out CUA’s IT infrastructure to prepare for the core banking overhaul.

CUA’s win was all the more impressive for the quality of submissions it ran against - including finalists Bankwest and Westpac Institutional Bank, each of which impressed the judges and attracted high scores.