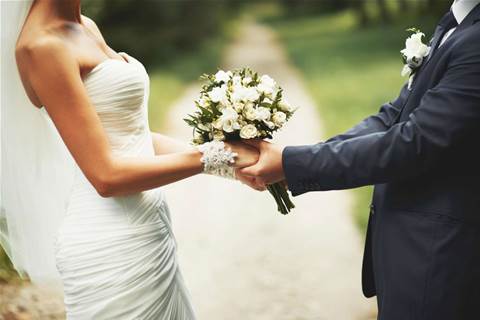 Analysis against Centrelink records to fish out suspected fraud.

Immigration and Human Services will combine their respective customer databases in an effort to shake out couples they suspect of marrying solely to obtain an Australian partner visa.

The data matching program will compare individual records held by both agencies with the intent of catching people claiming welfare as a single, but who have declared a relationship with Immigration as part of its partner visa program.

The Australian Government allows the married or de facto partners of Australian citizens and permanent residents to live and work in the country.

Under the Privacy Commissioner’s data matching rules, Immigration and DHS have to make the specifics of their data matching program public before it kicks off.

The dataset will include all applicants for partner visas and their sponsors across the years 2012-13 to 2013-14. The exercise is due to kick off in the middle of this year.

Immigration receives more than 40,000 applications for partner visas every year, which will be checked against roughly seven million unique records in the Centrelink database.

DHS will return a list of records with inconsistent relationship details back to Immigration to be used in anti-fraud enforcement activities and even criminal investigations.

Human Services Minister Marise Payne indicated her department also plans to use the process to pursue welfare recipients who are claiming Centrelink payments based on a single income, but who are really living as a couple.

The department recouped $132.7 million through data matching activities in the last financial year, she said.

The agencies said they are also targeting more sophisticated welfare fraud rings offering pathways to permanent residency by abusing the partner visa program, and vulnerable Australian residents that being exploited to provide on-shore sponsors for these sorts of fraudulent operations.

Immigration Minister Peter Dutton said his department was responding to a spike in allegations of what he called “contrived marriages”.

“The consequences are serious,” he said. “People may be forced to repay the benefits they were not entitled to, have their visa application refused, or face criminal charges."