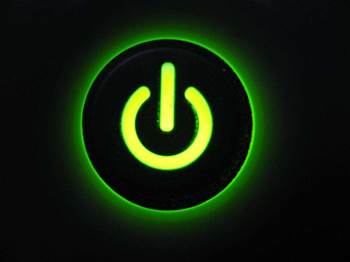 Green initiatives are gaining traction in enterprises, but data centre managers do not trust the environmental claims that vendors attach to products and services..

A survey by the Aperture Research Institute (ARI) of more than 100 data centre professionals has shown that, although 70 percent of organisations are adopting green initiatives, there are still two alarming gaps.

ARI said that, since it was interviewing those with responsibility for planning and managing data centres, the green initiative would be unlikely to have any effect in a data centre where management does not understand the initiative's implications.

Around 27 percent proposed virtualisation or consolidation as a strategy, but only one person suggested powering off unused CPUs.

ARI said that the minority of managers appear willing to adopt strategies that will help them to use existing assets more effectively.

Most are calling for more energy efficient equipment to be invented, bought by their organisations and then installed in their data centres.

Despite this, data centre management is unconvinced by vendors' claims to be marketing more environmentally friendly equipment.

Over a quarter dismissed such claims as 'hype', and 42 percent said they had no way to validate the claims. Even those organisations that are committed to reducing their environmental footprint do not trust vendors to help them do so.

Steve Yellen, principal at ARI, said: "Some commentators have suggested that the IT industry is responsible for more carbon emissions than aviation, and it is time for the IT industry to start taking its responsibilities seriously.

"Our study found that 70 percent of organisations are adopting a green initiative, but some have left alarming gaps as far as the data centre is concerned.

"There is also a lack of trust between vendors and the data centres they supply. Managers recognise the positive contribution that more energy-efficient equipment can make, but are quick to dismiss vendors' green claims as hype or impossible to verify."
Got a news tip for our journalists? Share it with us anonymously here.
Copyright ©v3.co.uk
Tags:
centrechiefsdatadismissgreenhardwarehype