Dallas Buyers Club will chase other ISP customers over piracy 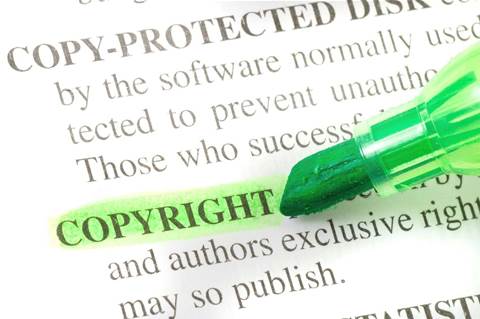 Gets two weeks to submit letters to court.

The owners of the film Dallas Buyers Club plan to go after customers of more internet service providers for alleged copyright infringement following their court battle with iiNet.

Counsel for Dallas Buyers Club LLC and a number of ISPs including iiNet and Dodo today fronted court in the latest instalment of the case over alleged copyright infringement.

Last month Justice Nye Perram ordered the ISPs to hand over the customer details associated with 4726 IP addresses that were alleged to have engaged in copyright infringement.

Earlier this month he ordered the ISPs to pay most of the content owner's costs for being "adversarial" to the preliminary discovery application.

Today Perram heard arguments about the wording of the letters to be sent to alleged copyright infringers, as well as how much DBC LLC should be forced to provide the ISPs in security for surfacing the required customer details.

Hand over the cash first

iiNet and the other ISPs are pushing for DBC LLC to hand over $108,000 in security before any work is done to produce the customer names and physical addresses associated with the 4700-odd IP addresses.

The ISPs had initially pushed for $275,000 in security, but Perram earlier waved aside the argument and ordered the companies to submit evidence pointing to what the cost of producing the records might be.

DBC LLC today argued granting a $108,000 security would set a precedent for future cases, revealing it planned to go after the customers of other ISPs.

"This is the first 4700 IP addresses of what could be a substantial number of IP addresses," counsel for DBC LLC Ian Pike argued.

Pike also questioned whether the discovery of the relevant customer details could be done for less than $108,000 in ISP operational costs.

iiNet and the other ISPs said as well as the $108,000 in security, they would also need at least 30 minutes per IP address to pull out the relevant details, as their systems were not configured to automatically respond to such requests.

Perram described the ISP's requests for security and time as "extravagant".

Letters to be agreed out of court

DBC LLC had previously been asked to file a draft of the letter it plans to send ISP customers by mid last-week, but its counsel today revealed ISPs had raised issues with the current form of the document.

It also revealed that it was preparing two letters, one to be sent out to alleged copyright infringers, and another to be sent out to free wi-fi operators such as cafes and libraries as part of an "education" campaign.

Perram indicated his desire to avoid future hearings rehashing arguments about the content of the letters. Both the ISPs and DBC LLC agreed to discuss the issue and come to agreement out of court.

He also raised concerns about oversight of the letters, saying DBC LLC could change the wording of the correspondence against court orders given it is located outside of Australian juridisction.

In his April ruling, Perram responded to concerns about DBC LLC repeating speculative invoicing practices it had used in the US by ordering the content owner to have any letter approved by the court before it could be sent to ISP customers.

DBC LLC was today ordered to produce a draft of the letters to the court by June 4th for review.

Perram also ordered the parties to appear in court again on June 18 to discuss oversight of the letters as well as the matter of the $108,000 security.