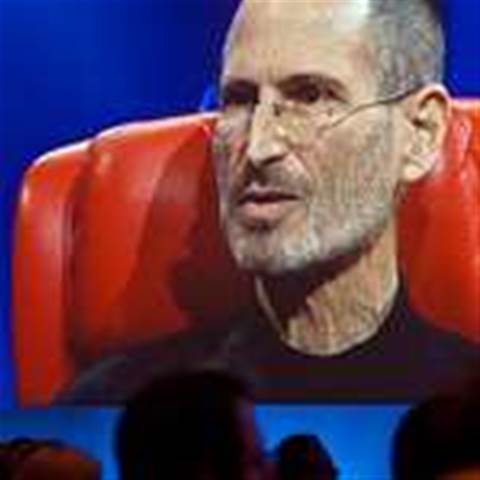 Steve Jobs used his appearance at the opening night of the annual D Conference to squash a host of myths and unfounded news stories, as he spoke candidly with The Wall Street Journal's Walt Mossberg and Kara Swisher.

Covering everything from FoxConn, to Flash, the development of the iPhone and iPad, to that theft in a Californian bar, Jobs revealed:

"Foxconn is not a sweatshop," said Jobs, referring to a spate of worker suicides at the Chinese factory which makes iPhones and iPads for the company.

Today, Jobs had nothing but praise for the facility.

"They've got restaurants and swimming pools....for a factory, it's a pretty nice factory.

"But this is very troubling to us," he said, referring to the suicides of workers. "So we sent over our own people and some outside folks as well, to look into the issue."

Jobs said he wasn't interested in starting a war with the Flash when he decided to exclude the technology from use in Apple's mobile devices.

"We didn't start off to have a war with Flash," Jobs said. "We just made a technical decision that we weren't going to put the energy in to getting Flash on our platform."

Jobs said Apple shipped the iPhone without Flash and it wasn't until the iPad that Adobe "raised a stink about it".

"We were trying to be really professional about this, we weren't talking to the press about it," he said.

Jobs was asked to comment about speculation Apple was looking to add search to its portfolio after it acquired Siri.

"It's not something we care deeply about, " he said. "We're not going into search."

Kara Swisher asked if Apple would remove Google from the iPhone and iPad, but Jobs response was "no".

"We definitely compete with each other. But that doesn't mean we have to be rude," he said.

Commenting on the increasingly competitive relationship between the two companies, Jobs again said he didn't start the fire.

"Well, they decided to compete with us and got more and more serious.

"They're competing with us. We didn't go into search."

4. Who called the police after the iPhone 4.0 theft?

Jobs was also asked what happened in the days following the loss of the iPhone 4.0 device by Apple engineer Gray Powell while out drinking.

"To make a wireless product work well you have to test it," said Jobs. "And there's no way to test it in a lab completely.

"One of our employees was carrying one and there's a debate as to whether it was left in a bar or stolen.

"And the person that ended up with the phone decided that they would sell it, and they called Gizmodo.

"It turned out that the person who the phone tried to activate it by plugging it into his roommate's computer.

"And she's the one who called the police," Jobs said. "The police felt they needed to grab some stuff before it disappeared.

"Somebody should make a movie out of this," he joked.

"I'll tell you a secret," Jobs told the audience. "I actually started on the tablet first," well before the iPhone.

Jobs said he had an idea about getting rid of keyboards and having a "multi-touch display that I could type on."

He went to the folks and asked. He said about "six months later, they called me in with prototype.

And I gave it to one of our really brilliant UI guys and he called me back he got scrolling working and [some other things], and I thought, 'my God, we can build a phone with this!

"So we put the tablet aside, and we went to work on the iPhone."