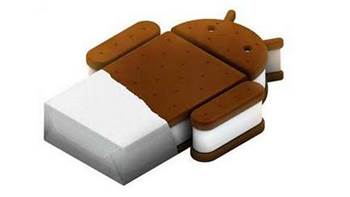 Could serve the business market too.

The practice of installing modified versions of the Google Android operating system on other smartphones is about to become mainstream.

CyanogenMod, the people behind one of the custom ROMs (as these versions of the phone firmware are called), have just announced that they have received $7 million in funding to establish a new company Cyanogen. With the substantial cash injection, they plan to make their software available to a wider audience beyond their current tech-savvy users.

For as long as Google’s Android system has been available on a range of handsets, developers have been finding ways of gaining super user access (called “rooting”) and installing custom versions of the open source operating system. This has been driven in part as a reaction to phone manufacturers’ attempts to create versions of Android that are unique and loaded with features that tie a user to an entire phone “ecosystem”, in much the same way that Apple has done.

Samsung has developed its own TouchWiz interface with a range of applications that come pre-installed on its Galaxy range of phones. Although you can customise this interface to a certain extent, you don’t have the option of turning it off. Compared to the relatively clean interface of Google’s own phone design, the Nexus 4, manufacturer’s versions of Android are considered by many to be “bloatware” – software that is simply using up memory and slowing the phone down.

Although the process of gaining super user access and installing a customised ROM such as CyanogenMOD is not beyond the capabilities of anyone with a few hours to spare and the ability to follow technical instructions, it is a long way from a point-and-click experience. And this is the very thing Steve Kondik, the founder of Cyanogen, wants to change.

The creation of Cyanogen raises a range of questions. Tied in with the issue of how Cyanogen will make money from this business, there is the reaction from phone manufacturers like Samsung and HTC to consider. Although these two manufacturers have a vested interest in creating their own customised experience on a phone, at the end of the day they have both recognised that there is a market for their hardware coupled with a “vanilla” version of Google’s Android.

While the option of buying a Google Edition of the Samsung S4 is available, you cannot buy this version on a plan, and it doesn’t help you if you have already bought a regular version from a phone company.

It is possible that if Cyanogen can make the installation of custom operating systems seamless, the manufacturers could provide it as an alternative to their default version. At the very least, it is not likely that they would react negatively to the practice and try and stop users from installing customised software. Google has also been seemingly tolerant of the custom MOD community, given that they came about as a direct consequence of its decision to make the operating system open source.

There is an interesting parallel between Cyanogen and its relationship to Android, and how another company, Red Hat, made a commercial success from the open source computer operating system, Linux. When Red Hat was formed in 1993, they pioneered the packaging and release of versions of Linux that even the average PC user could install. Their target market, of course, was the business user whom they were able to charge for consulting and support. This was a successful model for Red Hat. They listed in 1999 and are currently valued at about US$10 billion, with over a $1 billion a year in revenue.

There is the intriguing possibility that Cyanogen may be able to service the business market as companies look for more flexibility in determining the configuration and security of phones they give their employees. This might be especially the case following the revelations that the NSA (and other countries’ security agencies) have allegedly been spying on foreign companies.

For someone who already runs a customised ROM on a Samsung Galaxy S4, Cyanogen’s move is a welcome one. It is going to be interesting to see how many other ordinary phone users share that view.