Imagine a world where the power grid you relied on was just you, a few neighbours, perhaps a data centre and an office block and a lot of self-generating devices such as solar panels and a wind turbine or two.

You would be insulated if the wider electricity grid fell over because too many people amped up their air-conditioners for a few hours on the hottest summer days of the year. And at other times, you could sell your excess power back into the grid.

Such was the promise of micro or mini-grids researched by the CSIRO at its Newcastle and Melbourne test labs.

Mini-grid researcher David Cornforth said the growth of such localised grids would bring with it a need for glue to federate their storage and output to protect the wider grid in times of high stress and "at the moment there's no standard for how the mini-grid operator" will function.

It was likely that an analogue to the data-peering exchanges that were common on internet service provider networks would find a place with power-sharing arrangements between micro-grids. Interest was so great that CSIRO will host an international mini-grids conference in November.

"The operator could be totally selfish and say, 'I'm just going to operate this mini-grid for my own benefit; I will just take power from the grid when I need it'.

"[But] a mini-grid could operate for the benefit of the wider grid, as well.

"A mini-grid could say, for example, if circumstances are bad in wider grid [and] if there's a lack of power, I'll forego my grid's immediate needs and supply some power to the wider grid."

Dr Cornforth, who will speak at the IQPC Smart Grids Forum in November, said there was only a handful of such grids in Australia but analysts forecast their numbers to swell.

The advantages of well-behaved micro-grids were obvious for energy companies, who currently build their networks to cater for peak use two to three hours a year.

By taking some of the strain off the wider grid or, even better, pumping energy from backup battery stores back in during peak loads, investment on infrastructure was deferred while bolstering the grid against external shocks.

For instance, the Energy Supply Association of Australia estimated its members will spend $50 billion over the next five years in infrastructure, mostly to reinforce the network for such supply shocks.

"If you have localised control then the operator of the micro-grid can control what amount of renewable energy is connected and the operator can decide a load shedding scheme to reduce the amount of demand at peak times or should we shift loads to different times of the day," Dr Cornforth said.

There was a "lot of uncertainty" around broader smart grid projects so micro-grids could provide a low-cost, low-risk entree for power companies considering bringing their electricity networks into the 21st century, he said.

Not quite Skynet, yet

"The smart grid will become the largest control and measurement system on the planet when it takes off and mini-grids will be one of the answers to deal with that complexity," he said.

CSIRO researchers were turning to biology and complex systems theory to understand how a smart grid comprised of micro-grids would operate. And it was developing "protocols" so all components on the smart grid spoke the same language.

"The smart grid won't be just about power engineering - it will also be about intelligent systems, communications and will involve disciplines from computer science such as artificial intelligence to come up with planning tools to enable those kind of protocols to work."

Researchers were investigating advanced computer simulation, optimisation and planning tools to predict how mini-grids will interact with the wider grid, he said.

And although micro-grids could offer stability to the wider grid in times of stress, they were themselves susceptible to shocks because of their limited power generation and storage.

"We found in isolated mini-grids the traditional approach to fault protection won't be effective and that's because of the nature of generation sources in mini-grids that are renewable and of limited capacity.

"In mini-grids, you have smaller capacity because the sources often can't supply large currents. We have to look at different methods of detecting faults and smarter" ways to correct them, he said.

The days of utilities finding out about interruptions to supply when consumers light up their contact centres with complaints were ending, he said. In future, pattern recognition software will identify pending failures by measuring such inputs as changes in voltages at key points across the grid, he said.

Data centre operators and rural communities were likely to be beneficiaries of early research.

"This is an area of interest to a lot of utilities particularly with rural communities on the end of long power lines.

"You have a problem, do we upgrade the power line going to this remote area to provide them with a more reliable power source? Utilities are doing cost-benefit analyses to see if it may be more feasible to put that remote community into a micro-grid and put generation where it's being used rather than upgrade the power line." 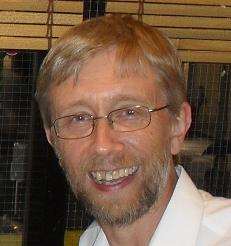 Data centres were using renewable energy and "essentially running their own mini-grids", he said.

"Data centres are a big [candidate for micro-grids] because they use a lot of energy and create a lot of heat so some could be recycled for heating the buildings to reduce energy costs and there's good scope for incorporating renewable energy in those sites."

The researchers were simulating the best batteries to use in different scenarios that included company-generation of power. The CSIRO labs were evaluating three types: lead-acid, "flow battery" and its own "ultrabattery" technology that integrated a supercapacitor and was being commercialised in the US and Japan, he said.

"You need a simulation tool that gives you accurate results so you can try out these combinations," Dr Cornforth said.

"We can put different types of battery technology in there with solar and wind, combining heat generation with electricity generation. Turbines create a lot of heat as well as electricity and you can use that heat locally; instead of wasting it you pipe the heat to heat the building [co-generation].

"There's a need for a planning tool to cope with all those variables and allows you to create targets - if you have more than one target it's very difficult to combine them."

CSIRO was using a computer technique called "genetic algorithms" that were inspired by models of biological evolution and which could be packaged and sold to data network providers.

"The idea is you have a whole population of solutions to the problems and you let them fight it out until the best one wins," he said.

"We've been able to provide a software tool that gives you a population of answers that's the winner so it's the fittest group of solutions - if you want to trade off two targets, you may find you save a lot a greenhouse gases but it will cost a lot so how do I find a solution between those and plot them on the graph and pick something in the middle?"

Dr Cornforth will speak at the second annual IQPC Smart Grids Forum in Sydney on 15-17 November.