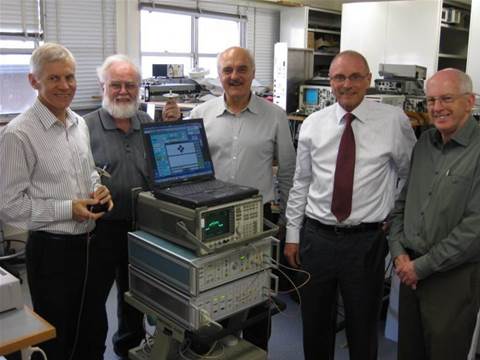 'Not aligned with strategy'.

The CSIRO is cutting 57 jobs from across its organisation including 15 positions from the Marsfield laboratory credited for inventing the original wi-fi testbed.

Much of the roles to be let go - 42 positions - come from the CSIRO's minerals and resources operations.

The job reduction program will affect minerals and resources workers across Victoria, Western Australia and Queensland. CSIRO management attributed the decision to "weak mineral markets over the last few years leading to reduced revenue and an additional financial driver to reduce costs".

A further 15 people will be let go from the Data61 Marsfield laboratory in Sydney, which is credited as inventing the technology underpinning wi-fi in the 1990s.

Scientists and researchers at the lab have been expecting job losses since last year, after the former NICTA was merged into CSIRO's digital productivity group to form Data61 in 2015.

The Marsfield lab is the CSIRO's hub for information technology and astronomy research and development.

The 15 positions to be let go will come from the communications systems group located in the cyber physical systems program.

The CSIRO said it had conducted a "thorough skills analysis" of the communication and signal processing groups and found that "some" of the capability was not needed by either the CSIRO or the market.

“The groups and roles that have been identified are not aligned with Data61 strategy and there is no external demand for the capability," the CSIRO said in a staff notice published by the CSIRO Staff Association.

"Therefore there is no ongoing requirement for the capability."

The embedded systems group will also be "reshaped" to build capability in field programmable gate arrays (FPGAs). The technology is the foundation of the digital signal processing system for the Australian Square Kilometre Array Pathfinder (ASKAP) telescope.