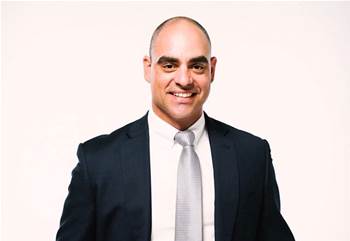 Melton told iTnews he would do interim consultancy work while he navigates to his next opportunity.

iTnews understand CS Energy has not found a replacement CIO at this stage.

Jordan left to head up the IT team at Queensland government-owned Wide Bay water wholesaler SunWater.

Melton told iTnews, “navigating a pandemic was a significant piece of work for our organisation and also transforming the human capital management system through success factors was a remarkably rewarding piece of work.”

“It was a fantastic opportunity to transform what was a fairly traditional business into a far more digitally-enabled organisation.”

In a Linkedin post published on Friday Melton said his greatest achievement was investing in future technology talent.

“We’ve brought a lot of high calibre people here, we’ve implemented the first technology graduate program, and partnered with CareerSeekers in placing refugees and asylum seekers into our summer placement programs. This is remarkably rewarding and satisfying work.”

Melton also worked as a director of fashion label Sweat Empire between 2016 to 2020, and prior to that as a business partner and manager for ASX-listed rail freight operator Aurizon from 2010 to 2014.

CS Energy employs nearly 500 people and is responsible for generating over a third of Queensland’s electricity output.

It was established in 1997 as a provider of electricity, and in July 2011 fell under a Queensland government restructure which saw three government-owned electricity companies merged into two.

In November last year, the company was hit by a ransomware attack.