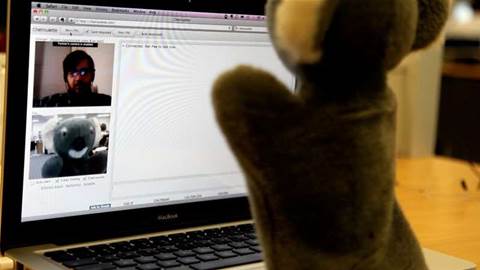 The iPhone finally has some serious competition after Microsoft announced Windows Phone 7. The Crunch wasn't in the least bit surprised that the product's name is rubbish but we were genuinely shocked that the phone interface seems... innovative!

Nokia also surprised attendees of the Mobile World Congress in Barcelona, when it announced a partnership with chip giant Intel to build a new open source mobile platform called Meego.

However, handsets running either Meego or Microsoft's wPhone7 will not be in the shops for many  months. So if Cupertino wants to ensure its iPhone sales continue to increase at a stupid rate, it better have something special up its sleeve at the Apple World Wide Developer Conference in June.

Back in the real world, much of this week was wasted playing on Chatroulette.com. The concept is very simple - once you hit play you are randomly connected to one of the 25,000 or so people also using the site via your webcam and microphone. We forced our special reporter Coco to test out this new craze.

The majority of people on the site seemed to be guys, most of whom took one look at our new recruit and skipped on. In our experience there was very little actual chatting going on. Coco also warned us that there were numerous occasion when he wishes he had never taken on the assignment.