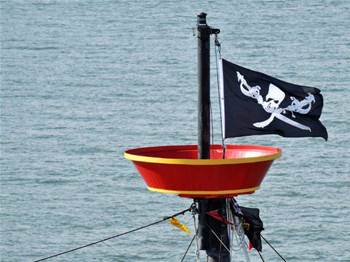 After Attorney General quoted from it.

Australia’s Attorney General Robert McClelland has been pulled up for quoting from a report on the economic impact of internet piracy that critics branded a "direct translation" of another controversial  text.

The report, titled 'The Impact of Internet Piracy on the Australian Economy', was penned by Sphere Analysis and commissioned by the Australian Content Industry Group (ACIG) - essentially a group of software makers and rights holders.

Its findings were hotly contested by torrent news blog, TorrentFreak, and the Pirate Party, who conducted a joint investigation into the analyst firm.

“It turns out that the ‘study’ is nothing more than a direct translation of one of the most questioned piracy reports that has ever been published,” TorrentFreak editor, Ernestor, wrote, on Wednesday.

“It is entirely based on the EU-focused “Building a Digital Economy” report that was released by TERA Consultants last year.”

The report claimed that internet piracy cost the Australian economy $900m each year and that the National Broadband Network (NBN) would accelerate the rate of damage.

Fairfax publication The Age recently published figures from the report, which had not been seen at that time, suggesting the NBN’s higher speeds would contribute to a damage bill of $18 billion by 2016.

Attorney-General Robert McClelland also referred to the report in February at a copyright conference, using it to emphasise “the range of economic harm caused by piracy which includes, GDP loss, jobs foregone and tax losses.”