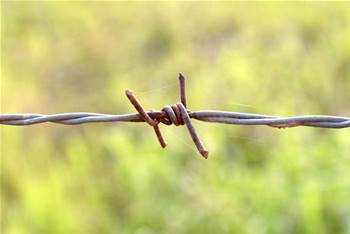 The Australian Crime Commission has suggested the Government consider penalties for internet service providers who fail to comply with requests from law enforcement to block websites.

The comments come as part of a parliamentary inquiry into the use of the controversial section 313 of the Telecommunications Act, which had lay dormant for around 14 years until three law enforcement agencies began using it in earnest in 2012.

The request notices - which allow law enforcement agencies to ask for the takedown of websites being used for criminal activity - were responsible for the inadvertent blocking of 250,000 websites last year.

The Australian Securities and Investments Commission has since admitted that, in targeting 1200 fradulent websites, the team which requested the block had not known one IP address could host multiple websites.

In its recent submission to the inquiry, the Crime Commission suggested the Government consider imposing penalties on ISPs who fail to co-operate with requests for website blocking under s313.

"It is noted that failure to comply with a request to lawfully block a website pursuant to s313 does not carry any consequences. In addition to the terms of reference being considered by this inquiry, consideration could also be given to this issue."

The Commission did not specify what penalties should be applied, or their severity.

Despite legitimate websites being caught under the section 313 notices in the past, the agency also suggested law enforcement agencies continue to be able to turn to the s313 notices without external approval.

Agencies can voluntarily inform the Communications Department if a notice has been issued, but no mandatory oversight power exists.

The ACC said agencies should be able to continue current practices where staff of an organisation submit a written application to an authorised internal officer.

The Crime Commission also argued against the creation of a list of government agencies able to use the notices, because it would "artificially restrict the ability of the Australian Government to combat criminal activity conducted online".

Though it supports the consideration of a "formal transparency and accountability regime", law enforcement agencies should not be forced to publish any information that could jeopardise investigations or an individual's safety, it said.

Such a regime could include an appeals process or reporting structure whereby use of the section 313 notices is published on an annual basis, as occurs with the Telecommunications (Interception and Access) Act.

The ACC similarly rejected a proposal to limit requests to a set of defined offences, but signalled its support for a "proportionality threshold".

"Recognising the extent of power to disrupt online services s313 provides, there is merit in considering the proportionality of the activity being conducted or facilitated," the ACC submission conceded.

The ACC's recommendations fall in opposition to submissions by members of the telecommunications industry, who have called for more transparency and restrictions to be applied to use of the notices.

The ACC has previously highlighted its desire for legislative changes to force telecommunications companies to cooperate with law enforcement agency requests through penalties.