Cray to build supercomputer for US nuclear program 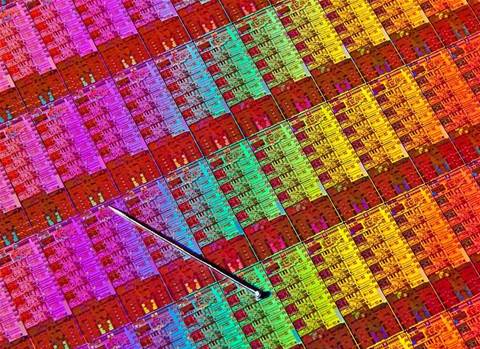 Cray has been awarded a contract to build a phenomenally powerful supercomputing system for the United States National Nuclear Security Administration (NNSA), a system that will run simulations on the country's stockpile of nuclear weapons.

The new system is called Trinity and will be housed at the Los Alamos Metropolis Computing Centre, the agency announced late Friday.

NNSA said Trinity will be an Intel-based supercomputer that provides at least eight times greater application performance than the present Cielo machine.

Cielo, which became operational in 2011, provides 1.37 peta floating point operations per second (FLOPS) performance. The AMD Opteron-processor based supercomputer boasts 8,944 compute nodes and 143,104 cores in total and is housed in 96 cabinets.

NNSA and the National Energy Research Scientific Computing Centre earlier this year asked the market [doc] for a supercomputer that would provide up to 30 petaflop/s of performance, using Intel Xeon Haswell and possibly Knights Landing processors, with advanced power management to reduce electricity consumption and heat generation.

Trinity looks set to use burst buffer cacheing in its storage system and will use several petabytes of solid-state memory to improve the 1 to 2 terabyte-per-second performance of its disc subsystem to closer to 10.

One petaflop is one quadrillion floating point operations per second. If Trinity hits its performance targets it would make it one of world's fastest, if not absolutely the quickest system in the world. It is rated at a maximum of 15 megawatts of power consumption.

In comparison, the Chinese MilkyWay-2 (TianHe-2) is currently the fastest supercomputer in the world, taking the number one spot on the June 2014 TOP 500 list with 33.86 petaflop/s, according to the standard LinPack benchmark. It consumes 17MW of power.

The new contract is worth US$174 million (A$185.3 million) to Cray, which will delivery Trinity by the middle of next year. Trinity is expected to be operational by the first quarter of 2016, and run a UNIX-like operating system.