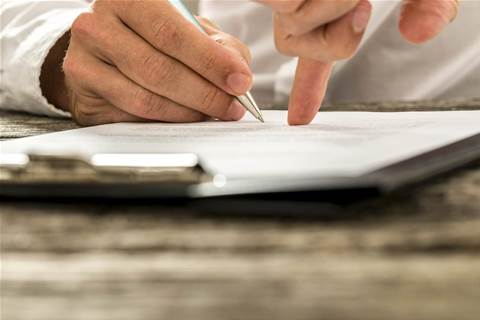 ICAC succeeds in getting DPP to prosecute.

A former university IT manager labelled as corrupt by the NSW corruption watchdog has now been hit with 12 fraud and deception charges by the state's public prosecutor.

ICAC found Brett Roberts corrupt in June 2015 following an investigation into an eight-year invoicing scam he perpetuated whilst employed at the University of Sydney, Macquarie University, and the University of Newcastle between 2005 and 2013.

At the time ICAC said it would ask the Director of Public Prosecutions to charge Roberts with fraud and deception.

Yesterday it revealed the DPP had advised there was sufficient evidence to pursue the charges.

He will face court on May 9.

ICAC also labelled Killalea corrupt for his role in the scheme, as well as Emiel Temmerman, the co-owner of a wi-fi installation firm that issued a fake invoice for work that was never performed.

The corruption watchdog yesterday said it was still awaiting the DPP's decision on whether to charge Killalea.

Roberts was sacked from Macquarie Uni at the end of 2013 after the institution discovered his misconduct.

The Macquarie and Newcastle universities were defrauded of a combined $70,650, ICAC found, while Sydney Uni lost $43,065.