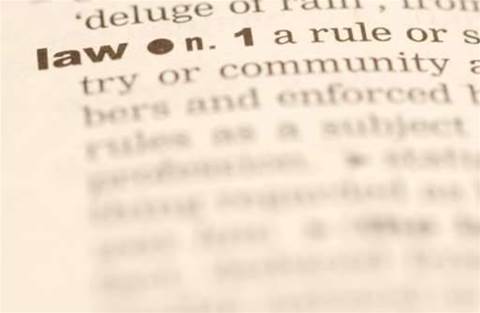 Australia’s home entertainment industry lobby has slammed the Australian Law Reform Commission (ALRC) over its handling of a review of the country’s copyright regime.

The Australian Home Entertainment Distributor’s Association (AHEDA) savaged the ALRC in a submission paper rebutting a proposal to introduce fair use provisions to intellectual property laws.

The fair use proposal was outlined in a discussion paper the ALRC released last August.

AHEDA chief executive Simon Bush said a regime based on fair use would lead to an increase in piracy and require litigation to be defined.

That, he said, would put pressure on copyright owners to litigate directly against consumers.

He said the AHEDA wanted the current regime based on exceptions retained.

“It’s a solution looking for a problem that doesn’t exist,” Bush said.

“We don’t want to be suing end users. It’s the very last thing we want to do and any policy proposal that says you need to litigate is flawed.”

In its submission, AHEDA repeated its accusations that the commission had stacked the review panel to the detriment of commercial copyright owners.

Bush openly admitted that the association had “gone to town” in criticising the review panel and the commission.

In particular, it expressed concern that the likes of Google and Facebook - which both stand to benefit from any relaxation of copyright rules – were included on the panel, but no commercial copyright stakeholders had been given the same opportunity.

“The advisory panel is made up of the likes of Google, Facebook and various copy-left (sic) academics so it’s no surprise that they’ve come up with a fair use view of the world. There’s not one commercial copyright owner represented,” Bush said.

AHEDA, however, went further attacking the credibility of research upon which the panel relied to produce its discussion paper.

“Analysis of the footnotes in the discussion paper reveals a concerning trend in the document towards over-referencing of the submissions by the same set of individuals and organisations,” AHEDA wrote in its submission.

It then went on to add “18 per cent of footnoted references are to submissions written by, or otherwise directly connected with, members of the ALRC Advisory Committee who support the ALRC’s central recommendation that a broad fair use regime be adopted”.

It also questioned the soundness of a Google-funded study based on Singapore’s market that found that fair use would “not necessarily” damage rights holders.

Australian economist Dr George Barker was given access by the Singaporean Government to the underlying data upon which the report relied and found that it couldn't support its key conclusions.

The ALRC did not respond to requests for comment. However, Professor Rosalind Croucher said last year that the ALRC had agreed to establish a reference group for the entertainment industry.

Former Attorney-General Nicola Roxon ordered the review in part as a response to the outcome of a landmark copyright authorisation case that reached the High Court.

The court battle ended with Perth-headquartered ISP, iiNet, successfully defending itself against allegations by Hollywood studios that it authorised its customers to pirate thousands of movies.

The trial was the first of its kind in the world and copyright holders took the view that Hollywood’s defeat was proof that new legislation was required to combat online piracy.

Bush said the rights holders would be renewing efforts to pressure government to tackle online piracy after the September 7 election.