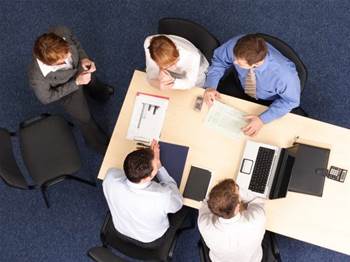 Senator Conroy has revealed the Government is considering appointing a panel to conduct a regular audit of ACMA's blacklist of banned web sites.

"The government is considering options for greater transparency and accountability in respect of the black list," he said.

"We are considering options which could include a regular review of the list by a panel of eminent persons or a parliamentary committee or a review of all URLs by the classification board."

ACMA's blacklist of banned web sites has twice been leaked onto the Internet.

Queried at the Estimates hearing, Nerida O'Loughlin, General Manager of ACMA's Industry Outputs Division admitted that the regulator now suspects the blacklist was leaked via reverse-engineering of a Government-approved Internet filter, as reported by iTnews in March.

The leaked ACMA blacklist contained the URL's (web addresses) of such harmless sites as a Sunshine Coast dog kennel and a Queensland dentist practice, as well as sites containing the photographs of celebrated photographer Bill Henson.

The blacklist, which currently includes some 977 URLs, is set to become much larger with ACMA in conversation with peers in the United States and United Kingdom to consider the sharing of lists.

"We have been in conversation, as you know, with the Internet Watch Foundation and colleagues in the US," O'Loughlin said.

"At this stage we are looking at what processes need to be put in place for those lists to be used, given that they are developed under different laws than in Australia.

"Also, there are some technical amendments that need to be made to the industry code of practice to allow those to flow through to industry."

Shadow Communications Minister Nick Minchin asked Senator Conroy whether the proposed review measures "are subject to any form of consultation" or whether the Government will simply announce the panel in its own time.

"These issues will be considered along with the pilot trial on filtering before the government makes final decisions on the implementation of the new policy," Senator Conroy said.

"I am happy to have suggestions on improved transparency. As I said, if we are moving from the current system to a new system which is more robust, I think it is a reasonable proposition to suggest that there could be more stringent accountability measures."