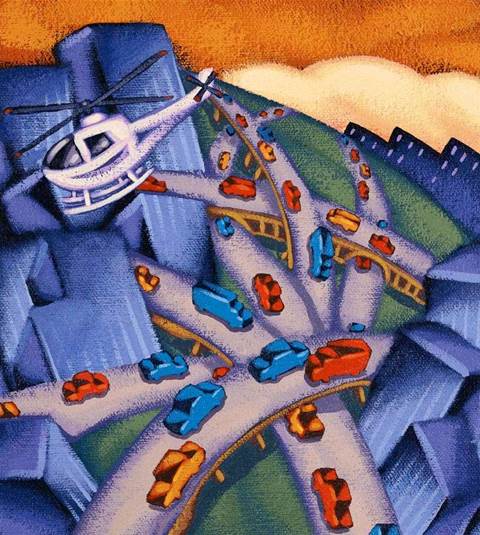 Telstra ducts not the only underground path.

Senator Conroy has used an address at the National General Assembly of Local Government to invite more inputs on how the NBN might "interact" with local planning laws.

Conroy said that local government authorities would be provided a "formal opportunity" for input through a range of consultations other than the NBN implementation study.

In particular, Conroy earmarked access to council ground facilities and tie-ins with local infrastructure projects and upgrades as key areas of consultation.

"One topic of interest is the scope NBNCo has to utilise road and trenching constructions as they take place to bury broadband facilities underground," Conroy said.

"This would reduce engineering works and save money while resulting in the cables being laid out of sight."

Conroy reiterated a pledge to make the network cables as unobtrusive as possible.

"It may be that local government can assist in this regard by providing access to facilities they might control, such as ducts and rights of way," he said.

The Government has also flagged amendments to existing "carrier powers and immunities" to streamline ground access.

This has been taken, at least in part, to mean that legislation could be introduced to force Telstra to provide access to its conduits, ducts and other ground access infrastructure.

The Government remains fairly tightlipped on how much an option this is, but Conroy said today nothing would happen without consultation.

"We intend to consult with stakeholders on any legislative changes and will give due consideration to community sensitivities," Conroy said.

The issue of ground access came to light in part due to Ross Kelso's regulatory reforms submission.

Kelso said overhead NBN cables introduced too much risk and that the Government should seek a commercially negotiated deal with Telstra for access to its conduits.

The Government also used today's address to provide an update on the $250 million backhaul blackspots initiative, confirming it will "very soon announce the regional locations that will be part of the first phase of the investment."

"Can I stress however, that this $250 million is only the first phase of investment to improve broadband services and competition in regional Australia," Conroy said.

"We recognise that after a decade of neglect there are many areas in regional Australia that require competitive backhaul to unlock the benefits of broadband.

As we move ahead with the National Broadband Network rollout, there will be further investment in the backbone infrastructure that is required to ensure that every regional centre and town has access to high speed broadband."