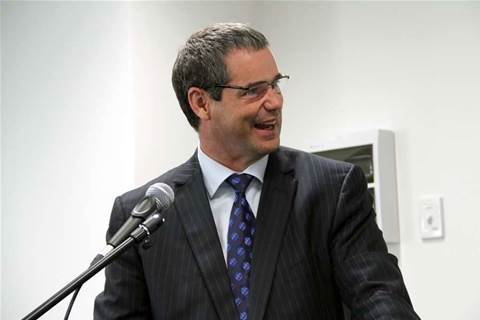 Gillard yesterday announced that members of the Australian Labor Party caucus would meet at 10am on Monday to vote for a leader.

Her announcement followed the dramatic resignation of former Prime Minister Kevin Rudd from his post as Foreign Minister, after months of speculation that he would challenge her for leadership.

Conroy told journalists at the launch of NICTA’s new Digital Productivity Showcase yesterday that Gillard had “overwhelming support” within the Australian Labor Party.

“What the Australian public want is leadership, not popularity,” he said.

“That’s what Julia Gillard has been demonstrating; that she has that toughness, the single-mindedness that despite all that’s going on around her, deliver on the reform program.

When questioned on how Monday’s leadership spill would affect his communications portfolio, Conroy said it would be up to the successful prime minister to appoint the portfolio’s leader.

“Ultimately, it’s up to the Prime Minister, who I expect to be Julia Gillard,” Conroy told iTnews.

Conroy said digital productivity was “key” to Australia’s future as a digital economy and the NBN was “the infrastructure that will get us there”.

“The NBN is just the platform; it is the use of the NBN that will enable business to develop new and efficient ways of doing things,” he said.

“In Australia, the rate of productivity improvement is slow. In the decade to 2000, the improvement averaged 1.4 percent down from 2.1 percent in the preceding decade.

“There are two ways you can react to that: you can watch it happen, or you can invest in improving productivity,” he said.