Conroy and EFA back US on internet freedom 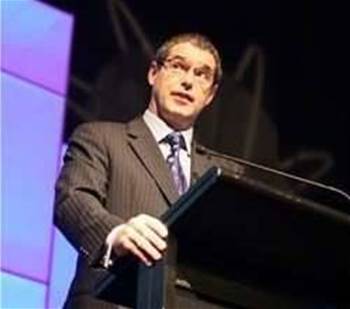 Senator Conroy was supportive of the internet's role in promoting freedom to express political views but agreed with Clinton's observation that "societies recognise that freedom of expression has its limits".

"Australians have always recognised that there is some content which is not acceptable in any civilised society," he said.

Electronic Frontiers Australia spokesman Colin Jacobs said the speech was "pretty uplifting". He praised the US for making internet freedom a central plank of its foreign policy and said it was "heartening that the Australian Government was on board".

"[Though] why [the Government is] pursuing filtering at the same time is, quite frankly, mystifying to us," Jacobs said.

Conroy said that the Australian Government's filtering policy covered only content that was already illegal to sell, distribute or otherwise make available in Australia.

Content classification decisions were also made "at arm's length from the Government", he said.

"Refused Classification-rated material includes child sex abuse content, bestiality, sexual violence including rape and the detailed instruction of crime or drug use. It does not include political content or discussion," Conroy said.

Dark corners of the net

Clinton's speech was critical of countries that "erected electronic barriers that prevent their people from accessing portions of the world's networks" for the purposes of non-violent political speech.

And she put China on notice that the West would watch China's response to Google's threat last week to end censoring of domestic search results.

"We look to the Chinese authorities to conduct a thorough review of the cyber intrusions that led Google to make its announcement," she said. "And we also look for that investigation and its results to be transparent."

But she said that "societies recognise that free expression has its limits". These included use of the internet for terrorism and "hate speech".

"Make no mistake - some are and will continue to use global information networks for darker purposes," Clinton said.

"When it comes to censorship, we believe that having an international effort to establish some rules over internet connectivity and trying to protect the basic freedoms I discussed is in the long-term interest of business, and frankly, I would argue, governments."

Update 4.01pm: EFA has released a formal statement on Conroy's comments, describing them as "highly ironic" and "a cynical twisting of Clinton's words by a Minister on the defensive".