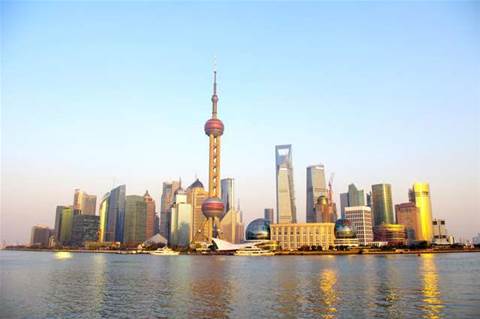 Overseas vendors fear they will be banned from critical sectors.

Business and human rights groups have raised concerns about new legislation just passed by China’s parliament that is aimed at countering growing threats such as hacking and terrorism.

The new cyber security law, which will take effect in June 2017, is an "objective need" of China as a major internet power, a leading government official said.

However, overseas critics of the law claim it threatens to shut foreign vendors out of various sectors deemed "critical", and includes contentious requirements for security reviews and for data to be stored on servers in China.

Human rights advocates are concerned the law will enhance restrictions on China's internet, already subject to the world's most sophisticated online censorship mechanism, known outside China as the Great Firewall.

"China is an internet power, and as one of the countries that faces the greatest internet security risks, urgently needs to establish and perfect network security legal systems," he said.

More than 40 global business groups petitioned Chinese premier Li Keqiang in August, urging Beijing to amend what they said were controversial sections of the law. Chinese officials have said it would not interfere with foreign business interests.

Those demands have raised concerns within companies that fear they would have to hand over intellectual property or open back doors within products in order to operate in the Chinese market.

James Zimmerman, chairman of the American Chamber of Commerce in China, called the provisions "vague, ambiguous, and subject to broad interpretation by regulatory authorities”.

Human Rights Watch said elements of the law, such as criminalising the use of the internet to "damage national unity", would further restrict online freedom.

Zhao Zeliang, director of the cyberspace administration at China's cyber security coordination bureau, said every article in the law accorded with rules of international trade, and China would not close the door on foreign companies.

"They believe that [phrases such as] secure and independent control, secure and reliable, that these are signs of trade protectionism. That they are synonymous. This is a kind of misunderstanding, a kind of prejudice," Zhao said.

China's foreign ministry spokesman Lu Kang said the law was similar to other countries' rules and would not distinguish between foreign and Chinese companies.

Many of the provisions had been previously applied in practice, but their formal codification coincides with China's adoption of a series of other regulations on national security and foreign civil society groups.

The law's adoption comes amid a broad crackdown by President Xi Jinping on civil society, including human rights lawyers and the media, which critics say is meant to quash dissent.

"China's government has come to recognise that cyberspace immediately and profoundly impacts on many if not all aspects of national security," said Rogier Creemers, a researcher in the law and governance of China at Leiden University in the Netherlands.

"It is a national space, it is a space for military action, for important economic action, for criminal action and for espionage.”