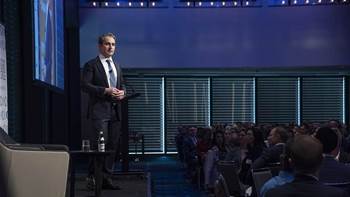 The Commonwealth Bank of Australia is set to relaunch a heavily augmented version of its everyday banking app around August.

CBA chief executive Matt Comyn on Tuesday promised the bank’s 5.3 million customers the new interface will soon be able to be heavily personalised through user-controlled features to display the information customers want to see first.

The app relaunch is the first major tech drop for the bank since Comyn took over from Ian Narev, with a heavy emphasis on helping customers avoid ancillary fees, charges and avoidable interest payments through an increase in the number of prompts and reminders shown to them as due dates approach.

Conspicuously, it's about persistently showing customers the CBA cares, rather than flash features aimed at getting them to spend money as fast as possible.

The heavily personalised revamp is already in user testing with staff and comes as Comyn urgently tries to recast the CBA as an ethically responsible institution with a sound social conscience ready to forgo some margin in key product areas to keep on the right side of public and regulatory opinion.

What’s coming down the code assembly line looks to be a heady brew of choose-your-look-and-feel mashed in with some overtly psychological features that ram home the message that the bank has a soul.

“When you log into the app it will be personalised… and it will show on the home screen the most relevant thing for you,” Comyn told the Trans Tasman Business Circle in Sydney on Tuesday.

The big ticket item in that regard is overdraw alerts and reminders of credit card repayments, the latter of which are typically interest free for 50 days before interest payments bite.

The headline number Comyn is brandishing on fee avoidance is $415 million, money the CBA is lauding as being saved through the issuance of timely prompts – but also includes forgone foreign ATM fee revenue after the CBA junked non-customer access charges to its fleet.

(CBA has not broken out the foreign ATM fee revenue discretely so it’s not possible to determine the split between CBA and non-CBA bank customers.)

Customers of other overdraw facilities are front and centre of persistent payments nudging via CBA’s app, with Comyn saying the bank spits out around 500,000 overdraw reminders a week to customers.

For the prompt-propelled overdraw nagging function, the current cost to the bank (or savings to the customer) is around $60 million, though Comyn reckons this could hit $150 million.

“We have made some really proactive choices about what products and services we want to offer our customers, how we want to bring those to market, what fees we would like to charge, and also, we have made real investments in and around transparency, to make sure that our customers feel that we are delivering good value and better outcomes for them,” Comyn said.

If the alerts are a form of positive reinforcement, there is serious customer nudging at play.

Comyn said the CBA’s behavioural economics team has been partnering with Harvard Business school on “various experiments” and will soon have its “ground breaking” research published.

“Some of the work that they were doing specifically in and around credit cards…particularly around how you can improve customer behaviours based on the timing of both when income is paid as well as when bills are due and received,” the CBA chief said.

“And we serve up in real time, and over the context of the next 12 months, three billion personalised messages inside the mobile banking app.”

Time to market and processing for some credit products is also accelerating sharply according to Comyn, who cited business banking as a stand out.

Approvals now take seconds rather than months if, surprise surprise, you are already CBA customer.

“We have just started rolling out what we are calling BizExpress … we are able to provide a decision on unsecured loans less than $250,000 in as little as 12 minutes, and secured loans up to $1 million on the same day.

"This is a big step forward from where we have been in the past, and I think is critical in terms of (a) providing credit, but also (b) providing that in a way which is both responsible but timely from our customers’ perspectives,” Comyn said.

Passbooks back from the grave

There’s also been a humanitarian truce called on the CBA’s war on its oldest legacy technology platform, the humble passbook.

Comyn said despite the bank stopping the provision of passbooks more than a decade ago, there were still “more than 400,000 passbook holders, [who are] very loyal customers.”

(That could be because almost no other banks still do them.)

The CBA has tried to shift the paper huggers onto different products, but on Tuesday Comyn flew the white flag.

“We have tried for many years as a part of that decade to help customers transition from the passbook. And I can remember in the last couple of years we did another piece of research trialling some different offers that we thought may be able to encourage some of our customers. And the research that came back was, overwhelmingly do not do it,” Comyn said.

The CBA chief said there was one customer “verbatim” that stuck in his head “which was, “I hope I die before the Commonwealth Bank takes away my passbook.””

“I am very confident that we will continue to offer passbooks during my tenure within the organisation, notwithstanding of course there will be changes in other areas,” Comyn offered.

“When you have got customers preferencing death over the cessation of a product or service, it feels like a pretty difficult area to go after.”

Difficult, but not impossible. Following the Royal Commission deceased CBA customers will no longer be paying fees either.