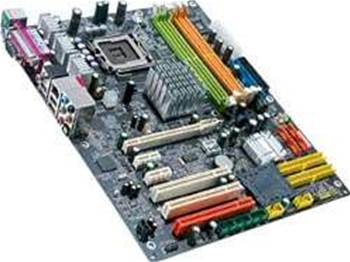 The worsening economic climate is leading many computer buyers to become much more risk averse in their buying decisions according to system builders.

Corporate buyers are sticking as much as possible to known systems to avoid having to try new technological approaches that may fail according to some systems builders. The resulting decisions are most likely to be around using existing expertise rather than investing in unknown systems.

“Buying criteria has changed from the past where it was pure price to performance. Now everyone looks at the risk aversion angle.”

AMD are hoping this attitude will make its much more attractive to buyers and system builders. The 45nm Shanghai can be swapped with the existing Barcelona server processors with nothing more than a BIOS change.

“The elephant in the room at the moment is the economy,” Burke Banda, AMD’s US marketing manager for servers and workstations told vnunet.com.

“It’s one of the most telling pieces of feedback we’re getting back is on infrastructure. It’s time for them to be risk averse by sticking to technology they are familiar with.”

“So I have a stock of motherboards that I’ve been using for Barcelona,” he said.

“I can make those motherboards Shanghai-capable very easily and continue shipping them.”
Got a news tip for our journalists? Share it with us anonymously here.
Copyright ©v3.co.uk
Tags:
aversebuildersbuyershardwaremakerisksystem