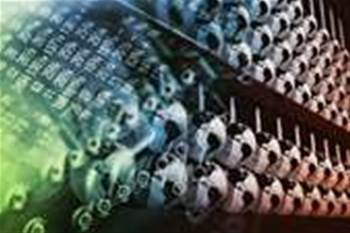 The majority of companies still do not have basic data management processes in place despite the hype surrounding business intelligence software, intelligent data storage systems and virtualisation, according to IDC.

The analyst firm said that very few companies have systems in place to make use of their data, and often struggle to classify data in order to find it again.

"They have to answer the difficult question of what data is relevant," said Benjamin Woo, enterprise storage systems research vice president at IDC.

"The key is to take the data and make money from it. Preserved data can be used in business intelligence and analytics applications to get a return on it. IT departments are like bankers: they have to hold the digital assets as the custodian for the corporation."

Woo explained that the key to an efficient data management strategy is virtualisation and cloud storage, which is the cheapest way to store data.

"Even though businesses can encrypt data, there remains a basic trust issue. Although this is changing as people leverage the email cloud," he said.

Virtualised data centres are also important because they allow each piece of data to be made available to different processes. Woo predicted that there will be a lot more investment in this area by 2010.

"At the moment infrastructures are heavily focused on soft data management principles, but leading companies are already looking at how to support virtualised environments with high speed networks," he said.

"Then, in the future, more businesses will start to use clients. The move is difficult as people tend to be tied to their equipment and find it hard to switch from a physical desktop to a virtual desktop.

"Virtual desktops are important as they allow companies to provide data security and control information. They are also easier to upgrade."

Woo explained that, although large companies have plans in place for a move to the virtual desktop, it will be several years before the plans are deployed.

The analyst suggested that, with the launch of a desktop client for Windows 7, more firms are likely to consider moving to virtual clients. Also, when companies upgrade to the next edition of Windows in 2010 with the promised in-built hypervisor, companies will have even more opportunity to upgrade their data management policies.

Got a news tip for our journalists? Share it with us anonymously here.
Copyright ©v3.co.uk
Tags:
businessescompaniesdatadesktopmanagementplacesecuritysoftwarestrategy