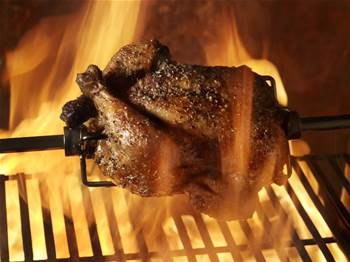 Vocus as serial dumpee, NBN as ‘evil monopoly’ and more.

Delivering the light-hearted keynote at the Australian Communications Industry Awards last night, Fletcher opened his brief address by remarking that he’s enjoying his new job as minister, which he’s done since May 2019, in part because so little has changed since his days as an Optus executive.

“I'm glad to be back. It's great to be back in the communication sector,” he said, before quickly mentioning the fact that when he left the sector to go into politics, Vodafone and Hutchison Telecom were merging to avoid the fate of becoming the almost-certainly-unprofitable fourth-ranked mobile carrier in the market.

Fast-forward a decade and the resulting combined VHA entity is trying to merge with TPG for the same reason, an observation that drew plenty of chuckles from the telco types in attendance.

So did his remark that “When I was last in the sector, there was an evil big telco monopoly everybody had to deal with if you wanted to sell fixed line broadband.”

He also observed that since selling Telstra, Australia’s government has come to miss close involvement in the comms sector, then joked that recent national security legislation giving government more power over the sector has restored that lost intimacy.

That led to a segue on relationships being complex and tough to maintain, and a suggestion that twice-not-acquired Vocus probably understands that complexity very well. He then soothed Vocus by saying it'll surely find someone special soon.

The minister didn’t spare himself, saying that his stock answer when asked about sales of his 2009 book Wired Brown Land is to say “it is one of the best-selling books ever written about Australian telecommunications sector.”