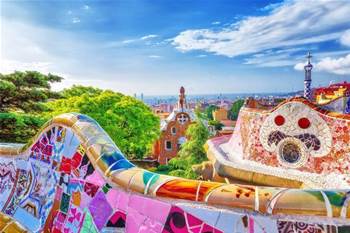 The Commonwealth Bank of Australia has quietly rolled over its decade-long $1 billion deal with Telstra inked in April 2009 as the institution weighs its options on what kind of network and backhaul it will need in the face of transactions shifting to mobile and the rollout of the NBN.

While Australia’s largest bank is maintaining official radio silence on a potential break up the mammoth contract, iTnews has confirmed the CBA substantively renewed the long-running deal in 2017 for up to five years, believed to be structured as an initial 3 year deal with options for two one year extensions to maximize flexibility.

The 2009 deal between the two Australian corporate giants was inked by CBA chief information officer Michael Harte and Telstra’s then enterprise and government chief David Thodey.

Harte is now chief operating officer of Santander after a similar stint at Barclays post CBA, while Thodey – who later went on to become CEO of Telstra arguably because of the deal – is now the chairman of the CSIRO.

When the 2009 was contract was struck, it was seen as one of the last much sought after corporate mega deals, as the CBA sought to lock in certainty of service provision as it set about its epic corporate systems transformation that hugely boosted data carriage volumes across its national network.

The CBA, and especially Harte, had been keen to get in on the ground level of the NBN when it was initially announced, with the CBA tech chief a persistent advocate of the necessity for significant improvement in Australia’s sagging telco infrastructure for the nations ongoing prosperity… as well as the bank’s.

But as the global financial crisis snowballed in 2008 and smashed institutions around the world in its path, Telstra quickly emerged as the most secure option in terms of reach and stability for the CBA at a critical time when investors were fleeing to safety and dumping risk anywhere they could.

(It was subsequently revealed that at the height of the GFC, CBA had done the numbers on an opportunistic move on credit giant American Express whose share price was in the toilet, a play ultimately ruled out because of a poor fit.)

Behind closed doors the CBA was also fighting an ultimately doomed battle to convince parts of the then Labor Cabinet of the merits of new banking utility platform known as MaMBO that was viewed by then communications minister Stephen Conroy as pernicious.

The multi-bank effort ultimately collapsed after NAB walked out paving the way for the Reserve Bank of Australia to intervene through the creation of the New Payments Platform, to the horror of US credit card schemes.

Ten years and five prime ministers later, the banking, technology, telecommunications and political arena is a very different landscape. Once revered as technology trail blazers, Australian banks remain in the regulatory doghouse in the wake of a Royal Commission that claimed the most senior scalps at the CBA and NAB.

Telstra’s business continues to suffer as the NBN grows, with the once great ambitions for king size corporate transformation deals for its Enterprise and Government division, including alliances with the likes of Accenture a shadow of their imagined success.

With the current telco MSP contract now set to be approaching its yearly extension phase, conspicuous signs of jockeying by Telstra to keep CBA’s business are on public display.

On Monday Telstra, CBA and Ericsson announced trials of 5G edge computing technologies at the Mobile World Congress specifically aimed at developing use cases and solutions for the financial services sector.

“We’re excited to be working with Telstra and Ericsson to test and learn on 5G and edge computing,” said CBA’s general manager digital and retail operations and technology, Pete Steel.

“These technologies have significant potential to enhance the availability, stability and performance of our network infrastructure and we hope they can help us provide quicker and better digital experiences for our customers.”

They also have the potential to shift some decent business back Telstra’s way if CBA opts to start buying NBN network capacity, even if through a carrier, rather than Telstra’s own.

The high speeds and capacity offered by 5G also offer Telstra the ability to potentially carve out a new market without falling back on the margin diluting NBN that the telco has persistently bemoaned.

What any new contract might look like is still too early to say. But at the pace technology is now developing, it’s not likely to be a billion dollars over a decade.