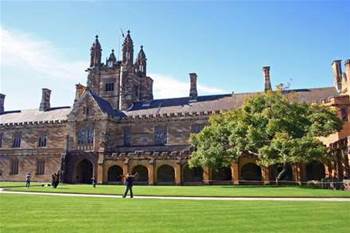 The University of Sydney has been urged to seek advice on prosecuting a former IT manager following an investigation into corrupt recruitment practices.

NSW’s Independent Commission Against Corruption (ICAC) today released a report based on a  two-year investigation of Atilla “Todd” Demiralay. .

He was found to have directed $1.58 million of work to Succuro Recruitment between 2006 and 2010 without disclosing that his wife, Virginia Kantarzis, worked in the business.

The commission found Demiralay in contravention of the university’s code of conduct, which required staff to report any conflicts of interest, whether potential, real or perceived.

“There was evidence … of a number of occasions where Mr Demiralay did not follow university policies or directives he had been given in relation to recruitment processes,” the commission reported (pdf).

More than 60 percent of the university’s IT contractor positions were filled by Succuro candidates, including Demiralay’s brother-in-law George Tsipidis and close friend Adrian Buxton.

Tsipidis was also responsible for “assisting Mr Demiralay in recruiting lower-level positions and preparing the documents involved in the recruitment process generally”.

The commission cited an email exchange between the brothers-in-law in March 2009, when Tsipidis suggested “falsely claiming some mistake or oversight” in a recruitment process.

“The [recruitment] process was poorly defined, poorly understood by the managers, accountabilities were unclear, and the responsible line manager had almost complete discretion,” the commission reported.

“Such weak control of access to employment within the university presents a particular risk in its ICT business units. The IT industry is characterised by highly specialised contract workers.

“Contractors, recruitment firms and managers within organisations often know each other and have pre-existing relationships from previous work. Small recruitment firms, such as Succuro, often struggle in such a fragmented and competitive industry.”

It called for stricter recruitment processes and recommended the adoption of an “electronic approval system” to ensure compliance and reduce the burden of paperwork.

The commission also recommended that the university obtain the advice of the Director of Public Prosecutions about prosecuting Demiralay and Kantarzis for “giving false or misleading evidence” to the commission in its investigation.

A spokesman for the university said it was reviewing the report and its recommendations, having only received the report today.

"Once the report has been fully considered by relevant officers of the University, appropriate action will be determined and implemented," he told iTnews.

EDITED 25/10/12 - Readers have complained that iTnews' original headline led them to believe the subject of this report had been found guilty in a court of law. The headline has been adjusted accordingly.