Commentary: Why we don't need a filter 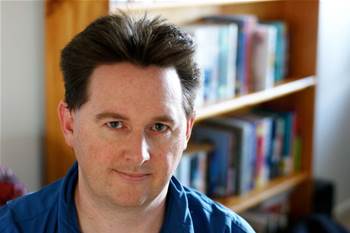 I swear, if I see one more commentator buying-in to Senator Conroy's spin about child pornography on the Internet I'm going to pop an artery.

There are plenty of other places where you can read all about how the Enex Testlab report released by the Minister on Tuesday decimates the case for the Government's policy, so I'm not going to rehash that here.

But I'm going to go into an important issue which sits right at the core of the debate, which is, "What, exactly, is the Government planning to block?"

In one sense that's a fairly easy question to answer, because the Minister told us exactly what he's going to block. In his speech, measure number 1 was, "The introduction of mandatory ISP-level filtering of Refused Classification (RC)-rated content."

After saying that, the Minister did his usual trick of clouding the issue by talking about child abuse material, as if that was somehow related to the RC concept and a legitimate inclusion in the debate.

Egged on by his friends at the Australian Christian Lobby, he's done this so often that the terms "Refused Classification" and "illegal" are virtually synonymous in many peoples' minds, even though they're totally different concepts, and even though the Classification Board has no power to make any finding of illegality pertaining to any content in any media.

So lets clear the air a bit: What, exactly, is "Refused Classification" content?

It's fairly simple. Picture Aunt Gladys from Cootamundra, who has rarely actually used the Internet but has some terribly strong opinions about what's on it. Aunt Gladys receives some spam one afternoon, clicks on a link, and finds herself looking at a pornography site.

"This is terrible!" Gladys harrumphs, "Something must be done!" and she calls the police to lodge a complaint about the awful, disgusting imagery that she's only just now discovered is on the Internet.

Following up her complaint, the police examine it, and determine that there's nothing illegal there. But Gladys is insistent: Something must be done! Brushing her off, the police tell her that she can submit Internet content complaints through the Australian Communications and Media Authority (ACMA) so that she can run away and hassle them instead of wasting police time.

So she bustles herself back to her telephone and calls the NetAlert Hotline, disturbing ACMA from their Kyle Sandilands deliberations for long enough to take down the particulars of her complaint. Three months later they finally get around to looking at it, and send her a sympathetic email message confirming that the web page she's found is Refused Classification and Prohibited Content. There there, my dear Gladys, have a pat on the head and an elephant stamp on your wrist. Consider yourself validated.

ACMA is the agony aunt of the Internet. Their job is to listen to all the Gladys' of Australia, the people who want to complain about things that aren't actually illegal, a veritable online version of the Letters to the Editor page in the Northern Territory News.

None of that tut-tutting would happen if Gladys had found actual illegal material. If she'd reported illegal content to the police, they'd have never referred her to ACMA, they'd simply start the process of gathering evidence, issuing interception warrants to find out who had published the material and who was downloading it, and generally doing whatever they need to do to get distributors of illegal content behind bars. They'd do the whole thing in secret, like they do with every other criminal investigation they conduct, and both ACMA and the Classification Board would rarely get a look-in.

If Gladys had reported illegal content to ACMA, they'd send it straight to the police too. That's what they have to do -- The Broadcasting Services Act compels them.

If content is actually illegal, there's no ridiculous time-wasting messing around with blacklists, the material is supposed to be taken down and the perpetrators arrested, no questions asked, no second-guessing.

To summarise: The only content that's ever blacklisted, RC or otherwise, is that which is legal, but offensive to people like Gladys. That's the purpose the "RC" category serves under Australian law.

That's why the three ACMA blacklists published by Wikileaks in March 2009 didn't contain any child pornography, despite ACMA's continued discredited insistence that approximately half of their silly, smutty little list is rated "RC - Child Depiction."

Google gets this. On Wednesday they slammed the Government's policy: "Our primary concern is that the scope of content to be filtered is too wide."

They went on: "Refused classification is a broad category of content that includes not just child sexual abuse material but also socially and politically controversial material - for example, educational content on safer drug use - as well as the grey realms of material instructing in any crime, including politically controversial crimes such as euthanasia." Google reminds us that being homosexual was a crime in Tasmania until 1997, and information about it could have been (and was) Refused Classification, ripe for banning by Conroy's rabbit-proof firewall.

Google isn't alone in making these observations. Earlier this week, University of New South Wales law professors released a paper entitled, "Untangling the Net: The Scope of Content Caught By Mandatory Internet Filtering," which identified a wide gamut of legal content that would be swept up in Senator Conroy's RC net, and criticised the application of mandatory ISP censorship to the Australian Internet.

The Government can't avoid this. In February, ACMA themselves were in the Parliament insisting that photographs published on an anti-abortion site were Refused Classification. And for several years Australia has been the only nation in the world to ban Dr. Phillip Nitschke's book, "The Peaceful Pill," as a Refused Classification publication.

Under Senator Conroy's plan, you'll still be able to legally buy the book on amazon.com, but unlike everyone else in the world you won't be able to read it on your Kindle or watch the accompanying DVD on Youtube.

For some time, the Government has been claiming that "the new filter rules are not intended to curtail freedom of speech."

But they can't avoid the fact that the RC category is, by its very existence, a curtailment on free speech. It stands alone as a category of legal material which the Government has decided you aren't allowed to see.

If anything comes out of this discussion, I'd like to see Australian media commentators (who are more affected by censorship than virtually any other segment of the Australian population) understand that "RC" is not the same as "illegal" or "child pornography." Joining the two concepts together is a manipulative rhetorical tactic the Minister is using to garner support for his obnoxious policy, and I'm sure that the protectors of the Fourth Estate are clever enough to avoid being drawn in to it.

It's well past the time when the Government should be given the benefit of the doubt on this issue. Senator Conroy has spent two years blazing a trail of such spectacular wrongness, where his every utterance on the subject of censorship has been picked apart for the entertainment of enraptured onlookers. It's high time for some skepticism: The Minister must be held to account, and forced to explain what he hopes to achieve, and how, exactly, his censorship policy will help him to achieve it.

Mark Newton is a network engineer at Australian ISP Internode. The opinions expressed here are his own.