Commentary: 'Silly' iPhone owners deserve what they get 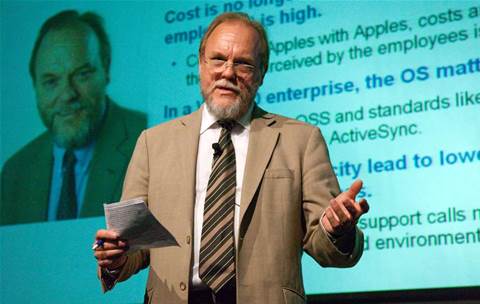 Anyone who was infected by the recent rick-rolling iPhone virus deserved everything they got.

Earlier this month, 21-year-old Ashley Towns from Wollongong, created a virus that exploited iPhones which had been jailbroken. This means the iPhone OS was modified to run applications and games not sanctioned by Apple through its App Store.

The virus only affected jailbroken handsets that were still using the system's default password.

Now, I understand why people would want to jailbreak their iPhone. It's a very powerful computer and could be used for so much more than Apple's 'approved' applications. In addition, users paid good money for their handsets and I believe they should be allowed to do whatever they want with them.

However, the problem is the jailbreakers made the crack far too easy, so people who had no clue what they were actually doing simply visited the jailbreak website and opened up their handset to to a heap of potential threats.

The fact that so many people didn't change the default password is proof of this.

Virus author Ashley Towns, in an interview with Risky.biz, admitted he changed his password the moment he cracked his own iPhone and was surprised how many people had not, which is what inspired him to write the virus in the first place.

If users bypass the restrictions placed on their device and they don't have the knowledge or sense to even change the default password, then they deserve everything they get.

This is not just my opinion, it is also shared by Robin Simpson, research director in Gartner's Enterprise Communications Applications team.

In an interview with Simpson at Gartner's ITxpo this morning, he said, "If people are silly enough to modify the firmware on their phone and go right outside the environment the vendor is trying to keep safe, then they kind of deserve what they get."

Simpson argued that the virus was a "validation of Apple's strategy" to restrict the capabilities of third-party applications in order to keep the iPhone secure.

"Don't fiddle with your iPhone," he added.

Do you agree with Munir? Have you jailbroken your iPhone? Did you change the default password? Have you or anyone you know been infected by the rickrolling virus? Please leave your comments in the talkback below.