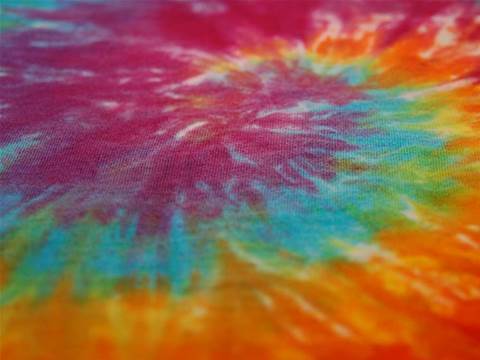 Lawmakers need a clear head to resolve the battle for Australia's mobile spectrum.

Spectrum policy resembles experimental progressive rock from the 1970s: largely impenetrable and written by someone on drugs, writes David Havyatt.

A challenge for those who would have us believe that we don’t need the NBN is the problem of the availability of spectrum for mobile broadband.

The past two weeks alone have seen the release of two discussion papers by the ACMA, a further $367 million to assist the digital TV switchover and frustration as emergency services state their ambitions for a slice of the “Digital Dividend”.

Dry discussion of the topic of “spectrum” brings to mind the Aussie band of that name.  They are represented on iTunes by their one great hit “I’ll Be Gone”, which is perhaps an apt description of what happens to radiocommunications spectrum if you don’t manage it well.

Policy discussions, however, seem to have more similarity to the Indelible Murtceps, the “alter-ego” of Spectrum which “developed an extensive [repertoire] of original experimental progressive rock music”.

That is, largely impenetrable and clearly written by people on drugs.

The “Digital Dividend” is the benefit to be realised from the conversion from analog to digital for terrestrial television.

The public sees the dividend in the new multi-channels available to them, the better quality reception and the 16:9 aspect ratio. Consumers (and more so the mobile industry) will ultimately see a greater dividend if the spectrum formerly used for analog TV is used to provide greater capacity and coverage on 4G mobile networks.

But in the corridors of government, the “dividend” has always meant something else: the value realised from a spectrum auction.

The potential 45 MHz of paired spectrum to be made available is valuable. The Government will never publish an estimate of its value for fear of influencing the auction outcome, but the figure of $1 billion is often assumed.

The Government is estimated to have already spent in excess of that number to undertake the terrestrial TV switchover.

This year’s budget included a massive $376.5 million over four years to facilitate switchover including in-home assistance to “eligible households”, of which an incredible $42.2 million (11 percent) goes to the Department of Human Services to determine eligibility.

In last year’s budget, the Government had dished out a discount on broadcast licence fees, the conversion of “self-help” transmitters, an  investment in equipment for the ABC and the satellite subsidy scheme.

The emergency services should not have been surprised by the decision to not allocate a slice of this spectrum to them.

As a piece of straight-forward public policy analysis, the cost-benefit case for building an emergency services network in this frequency should include the value the spectrum would otherwise have raised at auction.

The ACMA is not only currently progressing the allocation of the Digital Dividend (the 700 MHz band) but is also reallocating the 2.5 GHz band to make an additional 75 MHz of paired spectrum available.

The ACMA has identified in a discussion paper the need for an additional 150 MHz to meet demand for broadband wireless services.  At the same time it is reviewing the future use of the 900 MHz band which was the spectrum used to initially licence the three GSM networks in 1992.

Spectrum is captive of a policy debate that views the world as simple choices between centralised control or the operation of markets.

A new book, Governing the Commons, reveals a greater variety of mechanisms for co-ordination.

The case of the emergency services network provides a specific example of how a different policy discussion could provide different outcomes.

If the spectrum policy went beyond just allocating a property right, an outcome could be achieved in which the emergency services used the same network as commercial users, but be offered a priority when communications are required.

That is an outcome that gets a better emergency communications network at a lower cost than any alternative.

But it is an option that can’t be considered within the constraints of a policy environment that is committed to efficiency based on market outcomes rather than genuine technical efficiency.

What would you do with the 700 MHz band?