Comment: iiTrial is a little bit of history repeating 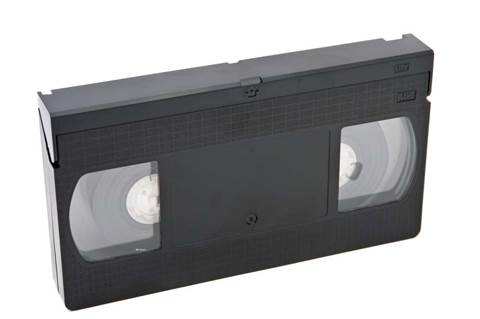 How copyright owners have always struggled with technology change.

Copyright owners have always been in conflict with new technologies, which are invariably only settled on the open market, rather than the courts, says Australian Digital Alliance copyright adviser, Matt Dawes.

In February, ISP iiNet won a decisive victory against Hollywood movie studios in the Federal Court that reaffirmed the responsibilities of service providers with relation to the actions of their users.

In this case, by only providing internet access iiNet was found not to have authorised the copyright infringement of those who used its service for illegal file sharing.

However, Hollywood seems set to dig in for a long war with an appeal beginning Monday.

The heart of the issue for copyright owners - that new technologies continually challenge their control over the reproduction, distribution and uses of material - is as old as the gramophone.

Typically, copyright owners respond to this loss of control with demands for legal action, supported by claims (sometimes exaggerated) that their business is about to collapse, jeopardising jobs, culture and the economy. These efforts ultimately fail because use of the new technology is already commonplace, such that public opinion works against them.

Historically, each conflict between technologies and copyright owners is settled by the creation of a new business model, which increases public access to copyright material and secures both increased revenue for copyright owners and the future of the technology.

As a case in point, Jack Valenti of the Motion Picture Association of America infamously claimed that the VCR posed the same threat to the United States TV industry as the Boston Strangler serial killer posed to women at home alone. During the settlement process, the home video market emerged as the solution, which now represents billions of dollars of revenue.

This pattern has been repeated in relation to the gramophone, radio, television, photocopier, VCR, blank tape, MP3 Player, digital video recorder (like TIVO) and now, the Internet.

Just like the preceding technologies, Hollywood's concern about the Internet and illegal file sharing neglects the Internet as a tremendous commercial opportunity. It is both the most significant and the most efficient means for the distribution of content.

We must acknowledge that this conflict has happened before and draw on that history to provide answers.

We are still in the opening stages of the war between ISPs and Hollywood. It is being waged in domestic theatres such as the Federal Court with iiNet, and international theatres with the Anti-Counterfeiting Trade Agreement. The ACTA is a confidential agreement that aims, among other things, to increase the responsibility of ISPs for the conduct of their users.

The question is: for how long will Hollywood allow this conflict to grind on before it decides to reduce online copyright infringement by means other than enforcement?

The underlying issue is the failure of the legitimate market to provide content which satisfies the demand of consumers for movies and TV shows that are accessible when they want them and on the device they want them. The strength of this demand for downloaded or streamed content is evident from the size of the illegitimate market. The settlement step of the historical process is meeting this demand with new business models.

In line with the experiences of history, the debate over online copyright infringement must be refocused on the adoption of new business models that entice people to purchase legitimate content. Australians need a cost effective delivery mechanism that is both accessible, affordable and provides on demand content. Therein lies a lucrative opportunity for Hollywood to take advantage of.

The Australian Digital Alliance is funded by universities, libraries, museums and IT companies.