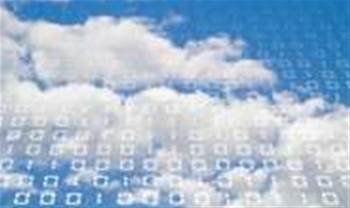 Server vendors HP, IBM and Dell have each announced plans to offer cloud computing services from data centres being built in or near Australia in 2011, in moves that will shake-up the local IT services industry.

Aiming to win back business from with the automated, utility-style public cloud computing services offered by the likes of Amazon.com and Rackspace, the infrastructure build-out will likely be welcomed by those Australian customers demanding greater flexibility from services hosted onshore.

But in tandem, these builds will pit these major server vendors against some of their biggest customers – a growing channel of managed IT service providers.

By late 2011, HP expects to be offering cloud computing and other managed IT services from a large data centre under construction in Sydney’s Eastern Creek. The vendor is expected to outline specific cloud computing offerings for corporate and Government customers in Australia within weeks.

IBM Australia, meanwhile, offered readers of The Australian a glimpse of its revised virtual server (VSS) offering last week, a service first offered some six years ago under an OEM deal with VMware.

The second release split the existing Virtual Server Services offering into tiers in order to provide medium-sized organisations a shot at renting Linux or Windows-based virtual servers hosted at the vendor’s Australian data centres. But unlike commoditised IaaS services hosted overseas, VSS does not yet offer self-provisioning – all provisioning is handled via a ticket process by IBM engineers here in Australia.

Some of these more sophisticated functions may become available to Australian customers via new services to be announced later this week.

iTnews has learned that IBM will announce Singapore as the Asia Pacific hub for a separate ‘SmartCloud’ service, announced earlier this month.

Phase one of SmartCloud (SmartCloud Enterprise) offers 99.5 percent availability for Linux and Windows virtual servers rented by the hour, and is promoted as an ideal platform for testing and development of new applications. This service is already available in the United States.

The second phase, (SmartCloud Enterprise+) offers 99.9 percent availability, extends the service to AIX (Unix) applications, and will be built to support some of the more complex applications traditionally hosted in-house. It will be available in the second half of 2011 through fixed contracts as well as per-use pricing.

Australian customers would no doubt love to hand off maintenance of Lotus Domino or SAP apps on a pay-as-you-go basis, but IBM’s choice of Singapore may prove problematic.

Although Singapore has attracted investment from the likes of Salesforce.com and Microsoft (Azure PaaS) at Australia’s expense, legal commentators and regulators alike have noted several contractual complications when hosting critical data and applications in overseas jurisdictions.

Not to be outdone, Dell announced last week that it too would build a data centre in Australia as one of ten new facilities globally, from which it intends to provide infrastructure (VMware vSphere), platform (Microsoft Azure) and Virtual Desktop as a service.

Dell has chosen to build a separate solutions (sales) centre in Sydney in tandem with this investment, but has not disclosed which city would host its data centre.

The announcement was a marked change in direction for Dell, whose enterprise IT services were previously limited to data centre design services (Dell DCS) and integration services (Perot Systems) - the latter predominantly targeted at healthcare and education verticals in the US. Until now, the vendor has kept its distance from providing services in Australia directly.

Dell and HP, and to a lesser degree IBM, are rolling out these services at the same time as promoting bundles of computing products (server, network, storage) said to be optimised for customers and resellers to build their own infrastructure “clouds”.

Microsoft has a similar challenge on its hands - competing with its partners by offering Office 365 and Azure from Singapore data centres, convincing its resellers to either shift to a commission sales model or continue selling boxed product.

It will an interesting twelve months ahead to see how these giants of the industry manage the inevitable channel conflict.

How do you think each of these offerings will fare? Comment below.